Being a teacher has many challenges, but one of the advantages is summers off.   For me, this is writing time, but I also take on other summer projects.  This year, I’m working on 100 days of decluttering.

I’ve always had trouble throwing things away.  Sometimes, I see those cars where the entire car is full except a cramped place for the driver to sit and a tunnel for them to look out the back window through the rearview mirror.  I look at those cars and know, deep down, that I’m capable of that type of craziness, although I always kept my car, my purse, my desk, my house on the normal side of cluttered.  But having a kid has tipped the balance perilously toward insanity.

In college, I moved a dozen times.  At one point, everything I owned could fit into a station wagon taxi cab, even my desk and bed.  But over the years, the clutter slowly expanded.  In some ways, the amount of stuff I had in college was deceiving, because I would send anything home to my family that I wasn’t using, but wasn’t prepared to throw away.  In my 30s, I retrieved all my belongings from my mother’s house and began to have all my stuff under my own roof.

Before I had my daughter, I made my living as a freelancer and a touring artist. During the 10 years that I traveled extensively, I couldn’t keep up with the amount of stuff that would accumulate.  There would be piles of mail that would stack up in my absence.  I would pull out the important stuff and leave the rest to handle “later.”  Then there would be the stuff I accumulated while on the road—flyers for shows I was in, paperwork for the trip, perfectly wrapped packages with a spoon, fork, knife, and napkin, CDs people had given me of their work.  I would pull out the things I needed for the next trip, and leave the rest to handle “later.”  Later became a box, then several boxes, then enough boxes to fill half my office.

So that’s the one of the reasons that I got into trouble.  I’ve always been…what shall we call it?  The more flattering words are “driven” and “ambitious.”  The pathologizing titles are “workaholic” “compulsive achievement.”  All of them have some truth.  This particular pattern prioritizes accomplishing the goal, whatever the cost.  Unlike many people, I can produce stellar work from un insanely cluttered  work environment.  The idea is that after the project, I’ll take the time to clean up.  But generally, I am operating at far beyond my capacity.  So after the project, I may have a brief moment of exhaustion.  Sometimes I’ve taken time to box a few things up, but I’ve never done a thorough clean before I throw myself into the next project.

There are a few other factors, as well.  My mom was raised poor, in the projects in LA. When you live that close to the edge, you have few things of value, and there are no resources to replace them. Although I wasn’t raised poor, I inherited the anxiety about survival that can manifest itself in a fear of throwing things away. I have a joke I tell myself about my hoarding behavior: “this may be the piece of string that saves my family from certain doom!” It’s absurd, but it reflects the anxious emotional forces that keep many of us from releasing clutter.

If fear of survival is one reason for hanging onto things, ungrieved loss is another. In my first five years, my parents divorced, we moved away from my grandmother, and my extended family moved back to Latin America. No one died, so there was no funeral, no weeping, no closure.  The grief attaches to every random item from my childhood: a toy, a drawing, a piece of clothing.  The free-floating grief makes everything seem achingly precious and impossible to let go.

A significant part of my clutter is an unrealistic assessment of my capacity. Articles from 2007 that I was sure I would make time to read. Or poetry and music given to me by aspiring artists I didn’t really know very well. I feel too guilty to recycle them–if they gave them to me, I feel an obligation to read or listen–but I don’t actually have the capacity to review them all. Even beyond that, as an artist, people would give me their work with the naive notion that I could help them somehow. I have no sway in the publishing or music industries. Boxes of untouched books and CDs do no one any good. 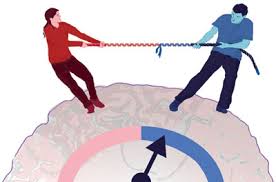 Finally, part of the clutter has to do with sexism. During the years I was touring, I saw that many of my male counterparts had women in their lives–wives, girlfriends, assistants, interns–who took care of administrative business. Of course, I, as a woman, was free to hire and organize assistance, but I noticed how charismatic male artists had droves of women who offered up their labor to those men’s projects for free or for cheap because they wanted the opportunity to be close to those men and felt like they were part of something important.  I always felt like I was falling behind my male counterparts, and my attitude was I’d be damned if I’d stop hustling so hard to do maintenance.

Whatever the origins, the pathology, the justification, the root causes, I’m ready to let stuff go.  My home and my life need space for new, fresh, abundance to come in.  100 days of decluttering is a lot of days.  Each day, I clean out a box, a bag or clear off a surface.  It’s a slow pace.  I used to have a sort of crazy tornado of cleaning, but now it’s all very sustainable.  No drama.  Just a new space in my life getting cleared out every day. 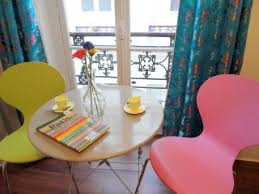 But whenever I go over to someone’s house, someone who is a working parent and an artist like me, someone without money to hire help and see that it’s clean and spacious and not cluttered, I’m absolutely astounded.  How did she do that???  Some people have figured out how to maintain beauty and order in their lives without a big effort and drama.  I look at their houses and, to me, it seems it seems like rocket science.

My goal this summer is to become a rocket scientist.  79 days to go.

This entry was posted on May 31, 2013 by Aya de Leon in Uncategorized.