Aya de Leon directs the Poetry for the People program, teaching creative writing at UC Berkeley. Kensington Books publishes her award-winning feminist heist/romance series, Justice Hustlers: UPTOWN THIEF (2016), THE BOSS (2017), THE ACCIDENTAL MISTRESS (2018), and SIDE CHICK NATION (2019) which was the first novel published about Hurricane Maria in Puerto Rico. Aya has received acclaim in the Washington Post, Village Voice, SF Chronicle, and The Establishment. Her work has also appeared in Ebony, Essence, Guernica, Writers Digest, Huffington Post, Catapult, The Root, The Toast, VICE, Ploughshares, Bitch Magazine, on Def Poetry. In late December 2020, Kensington will publish her first spy novel, A SPY IN THE STRUGGLE, about FBI infiltration of an African American eco-racial justice organization. She is currently at work on a YA spy girl series featuring African American and Latina teens called GOING DARK, as well as a picture book to help talk to children about racism. She was named best discovery in theater for 2004 by the SF Chronicle for “Thieves in the Temple : The Reclaiming of Hip Hop,” a solo show about fighting sexism and commercialism in hip hop.  Also in 2004, she received a Goldie award from the SF Bay Guardian in spoken word for “Thieves…” and her subsequent show “Aya de Leon is Running for President.”  In 2005 she was voted “Slamminest Poet” in the East Bay Express.  A graduate of Harvard College, with an MFA in fiction from Antioch University, Aya has been an artist in residence at Stanford University, a Cave Canem poetry fellow, and a slam poetry champion.  She publicly married herself in the 90s and from 1995 to 2012, she hosted an annual Valentine’s Day show that focuses on self-love.  She has released three spoken word CDs, several chapbooks, and a video of “Thieves…”  Since becoming a mom in 2009, she transitioned from being a touring performer into being a novelist and essayist.  Aya began blogging in 2011, and since 2013 has been consistently blogging on race, class, gender, culture, and climate. She’s on Facebook, Instagram  and Twitter. and blogs for The Daily Dose: Feminist Voices for the Green New Deal. 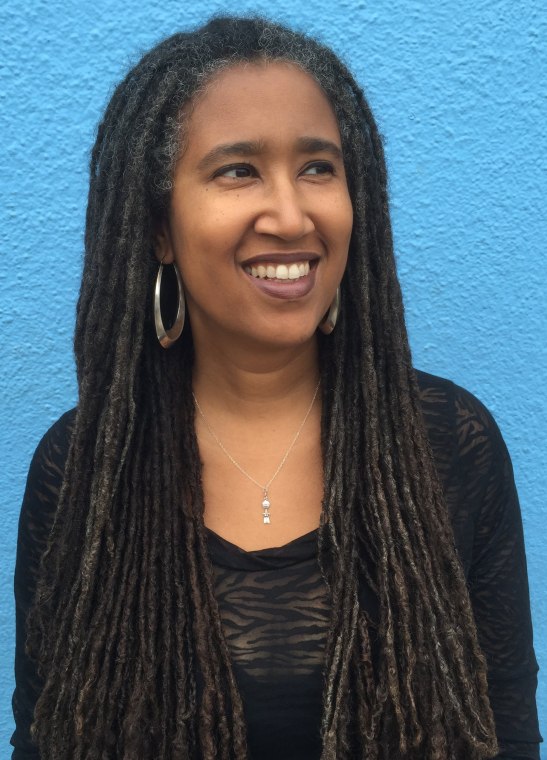