On Pandering, White Women as Scapegoats, and the Literary Industry as a Hand-Me-Down

There’s a chemical reaction that happens when you’re reading two different things at once. I’m currently engrossed in The Warmth of Other Suns, Isabel Wilkerson’s brilliant creative non-fiction book about the Great Migration of African Americans out of the US South. I’ve been reading this book throughout the conversation “On Pandering,” started by Claire Vaye Watkins, a white woman who confessed that she has had an old white man in her head whom she’s been trying to please with her writing.

Many authors have weighed in with responses to Vaye Watkins, myself included. However, I was surprised last week when Marlon James—Jamaican novelist and recent winner of the UK’s Man Booker Prize—spoke of how artists of color are expected to pander to white women.

The same day I read these words, I was also reading Isabel Wilkerson about segregation and lynching in the US South. From the earliest days of this nation white women have been put on pedestals, yet infantilized. They have been victims of violence, yet used as the justification for violence. They have been held down by the system, yet privileged by the system. They have threatened the system and fought to keep it alive, serving as the handmaidens and henchwomen of the patriarchy. This role has sometimes been so subtle for white women that they didn’t even realize they were playing it–like Vaye Watkins.

This is the version of white woman that James speaks of. And this declawed, defanged, spiceless literature is for these white women in the gilded cage. In this context, there can be no three-dimensional protagonists of coloras part of such a literary canon because the whole pretext of the cage was to protect this white woman from us–people of color. As part of this system, the male dominated white society has often used white women as pretexts, scapegoats and human shields to justify and protect white supremacy. So with this in mind, I found myself bristling at James’ assertion that we, as writers of color, are pandering to white women.

I don’t disagree with James about the phenomena he observes: a literary industry with white women in gatekeeping roles and with white women set up as the archetypal consumer to be pandered to. I do, however, disagree with the implied notion that white women are the powerful and designing force behind the institution. In reality, the literary industry has been forged by a patriarchal system that decides what would be in its own interest for women to want, tells women that they want it and then sells it to us.

For many years, people have been asking, “are books dead?” The answer is no, they have just been passed to women like a hand-me-down. The infrastructure and implicit values in the literary establishment guarantee the reproduction of patriarchal values, as Vaye Watkins so clearly identifies. The women in the industry have all grown up in this society, have all been schooled in what makes a “big” and “important” book. Women’s concerns are consistently belittled. We have a canon of “great literature” that dates back for several hundred years and is etched in stone. So the addition of a Toni Morrison and a Junot Diaz and a Maxine Hong Kingston and a Sherman Alexie can be grafted on as branches of the tree, or perhaps more like leaves. Branches? Leaves? Whatever. The industry’s roots are grounded firmly in Europe and White America and men’s voices. Vaye Watkins said, “I have built a working miniature replica of the patriarchy in my mind.” The literary industry is the same: fully imprinted with the values and preoccupations of the patriarchy. Once that’s firmly entrenched, it’s safe to leave the girls in charge.

Not only is the industry imprinted with the patriarchal history of books in this country, but it’s also reinforced by the society’s current male domination. This combination of past and present is profoundly powerful, even as many of us consistently expose literary sexism and fight against it. Which is why the VIDA Count and other numbers are so slow to change, even sometimes going backwards.

And for an even larger context, the archetypal consumer of books has become a woman because “men don’t read.” Or don’t read as much as women. But why is that? Maybe men have more choices. Because the other industries of leisure and entertainment, such as film, TV, and video games, are so male-oriented in their content, and completely dominated by men at the level of top executives.

As far as video games go, GamerGate showed us what happens when women make the slightest attempt to enter that boys’ club: they are threatened with violence, doxxed, and unable to travel for fear of their lives.

In television, we have Bill Cosby allegedly caught drugging and raping women, along with the testimony of Lena Dunham that she was targeted with a landslide of sexual harassment upon entering the industry. On the bright side, we have Shonda Rhimes’ entrée into TV, which is considered a revolution. Yet, like the VIDA count, it has only slightly altered the overall numbers of the white/male dominated small screen.

And again, women have made strides in TV because technological advances have opened up more space—more channels, more networks, more platforms to watch. But it is called the small screen because it is the second class moving picture medium. Film, which is more lucrative and more resource-intensive, continues its tradition of being male-dominated and difficult for women to break into as directors, producers and writers, or even as actors with speaking roles.

So what are women dominating in the literary world? An industry where gatekeepers fight to keep from losing money. Where most of the labor to make anything happen (generating the product, promoting and marketing it, building audience) is done by the artist for no pay. I believe books are relevant, which is why I write them. But I also believe that we are at a particular stage in capitalism and the literary industry. Large publishing houses bought up many small houses in the 80s and 90s and early millennium in an attempt to make more profit. But books are a labor of love, not money. So it soon became clear that consolidation wouldn’t have the effect of maximizing profits, as it does in other industries. If anything, it had the effect of destroying the small press system, which allowed close-knit groups of committed book lovers in different parts of the country to lose money doing what they loved. They could build strong relationships with authors in a decentralized model that allowed for maximum diversity and niche markets. The consolidation experiment failed. We lost diversity, but we didn’t gain enough in profits to make it worthwhile. So the delegation of the literary industry to women could also be characterized as leaving a big mess for women to clean up.

To be sure, many white women in and out of the literary industry need to be held accountable for the roles they play in racism and the benefits they receive from doing so. I believe that. And as a committed feminist, I also believe in the radical potential of relationships between women of color and white women. As part of that commitment, I will always include the impact of male domination when analyzing white women’s behavior, at the same time that I call out the racism. Which is what seemed to be missing from Marlon James’ comments. 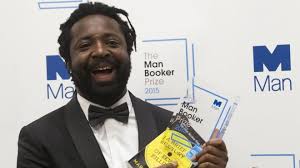 Yet, in this context, I also identify with James. My own book also underwent massive rejection by white industry gatekeepers before finding a publisher. I got a crestfallen email from one young woman of color editor who had gone to bat for my book at a big five publishing house. The higher ups insisted that she pass on it. I can only assume that the higher ups were white women because it wasn’t a multicultural imprint, and it would be so rare for there to be more than one woman of color editor in that context. While I was sorry that possibility didn’t pan out, I’m grateful to have landed with a woman of color editor who isn’t attempting to change my book in a way that panders to white women.

I can only hope that my book might have a fraction of Marlon James’ success, thereby giving me license to say whatever I want—both in my fiction and in interviews—and not to feel pressure to pander to anybody.

5 comments on “On Pandering, White Women as Scapegoats, and the Literary Industry as a Hand-Me-Down”

This entry was posted on December 9, 2015 by Aya de Leon in Uncategorized.