The Year of Nina Simone: Will Someone Please Cast Uzo Aduba?

According to a recent article in the New York Times, Nina Simone’s time is now again. According to the article by Salamishah Tillet, Simone is the subject of three films to be released this year, two documentaries and a biopic. One documentary “What Happened, Miss Simone?,” directed by Liz Garbus, is available today on Netflix.

“Nina,” the biopic, due out later this year, has been steeped in legal problems and controversy. White director Cynthia Mort selected Zoe Saldana to play Simone. Many were critical of this choice, given that the director outfitted the lightskinned Afro-Latina actress in skin-darkening makeup and a prosthetic nose. And she still looked nothing like Simone. Last year, in Bitch Magazine, I expressed an additional concern: would Saldana, of Puerto Rican and Dominican heritage, be able to communicate the African American cultural nuances of Simone as a character with Southern roots. I have seen Saldana play African American Southern women in the past, and she was less than believable. In a casting environment where it is still typical to have white actors play characters of color, we have not yet arrived at a point where we can demand cultural competency, if we can’t even expect racial accuracy. 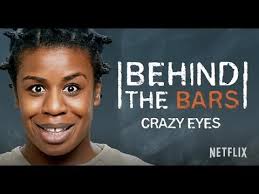 In that same Bitch Magazine piece, I lamented the lack of A-list black actresses who could possibly play Simone. This week, an exciting possible choice came to mind: Uzo Aduba. The Nigerian-American actress is a strong part of the ensemble cast of “Orange is the New Black” on Netflix. Aduba is not quite A-list yet, but rising, having won both an Emmy and a Screen Actors Guild award for her performances. I have only seen Aduba play the transracially adopted character Suzanne or Crazy Eyes on OITNB, so I can’t say whether or not she could capture the Southern cultural nuances of Nina. She was raised in the Boston area by Nigerian parents, so like Saldana, she would need the acting chops to bring a character to life across cultural differences in the African diaspora. 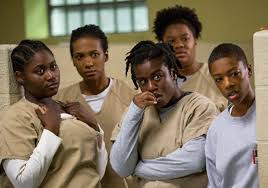 Back in the ’90s, Simone herself approved of Whoopi Goldberg to play the role. But alas, Nina’s time was not then. Like Goldberg’s rise via comedy in the 80s, I’m struck by the way that OITNB, a prison comedy-drama, has provided the opportunity for several black actresses to rise to prominence outside of the usual Hollywood colorism and oppressive confines of light skin and conventional attractiveness. While Hollywood isn’t in the business of making stars whose looks are outside the box, they will certainly continue to cast them as long as there are roles and those stars are bankable.

I’m still hoping that, by some miracle, the Nina biopic isn’t a disaster. Regardless, at least it has two documentaries coming out around the same time to drown it out a bit. And if Nina’s time is now, perhaps some other filmmaker will start working on a new biopic and do it right. If so, I hope they keep Aduba in mind.

2 comments on “The Year of Nina Simone: Will Someone Please Cast Uzo Aduba?”

This entry was posted on June 26, 2015 by Aya de Leon in Uncategorized.