[Fake News alert!] An all-white group calling itself “Southerners For History, Literacy, and Family” has identified the recent crusade by African Americans to end state-sponsored flying of the Southern confederate flag as a thinly veiled hate campaign against the letter X. They claim this is due to the distinctive “stars and bars” X-shape, which is the key element of the flag’s design. In addition to Southern white claims that the flag represents “heritage not hate,” this group claims that the flag also represents “literacy not lynching” because the X is 1/26 of the alphabet, a key part of our nation’s literary history.

According to a spokesman, “It is shameful and hateful that African Americans would be viciously attacking a defenseless letter on the flimsy pretext that it is a symbol of 500 years of chattel slavery in the United States.” The spokesman went on to suggest that if African Americans knew their history, they would be on board to keep the flag flying. Blacks have a long history of using the letter. Where would 1960s Black Power icon Malcolm X be without it? Or Rudolph Fisher, a 1920s and 30s Harlem doctor who used X-rays? “As usual, African Americans just take, take, take and show no gratitude or appreciation.”

The spokesman continued: “When it comes to disrespect of this hallowed history, we need look no further than the scandalous vandalism of African American activist Bree Newsome. Some are calling the woman who shimmied up the South Carolina statehouse flagpole and removed the confederate flag a daring hero. We call this just another example of thuggish black lawlessness. Besides, there’s a particular type of shimmying we good old boys like from black women. And this is definitely not it. And speaking of good old boys, it is a tragedy to see a cultural treasure, 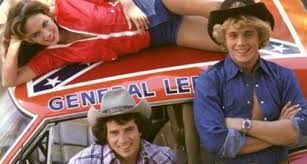 ‘The Dukes of Hazzard,” a proud confederate-flag flying television show, censored due to this level of harassment in the multi-buckled straightjacket of political correctness.”

A spokeswoman for the group’s committee on education also went on to trace the history of the X in early African American literacy. “Nowadays, it is a widely held myth that during the pre-Civil War period African Americans were beaten or killed for being taught to read or write. This is a total myth because some blacks were allowed to write the letter X instead of a signature on contracts that they were unable to read. These documents were legal and completely enforceable based on whatever the white person decided they said. Such black literacy efforts were particularly crucial during the sharecropping era when unpaid slave labor was ‘unconstitutional.’ So while African Americans may have had slightly delayed access to the other 25 letters of the alphabet, they had access to the X from very early on. Removing the flag dismisses this important literary legacy.”

The group’s cultural committee spokesman went on to say: “Of course, no discussion of the letter X could leave out the adult entertainment industry which has been a proud employer of black women since its inception. We’ve counted on that letter to mark these materials as special. Think of the children! Without this letter, parents would have no way to know that the film ‘Battle of Handcock, 1862’ wasn’t the kind of Civil War education that they had in mind.”

The educational chairwoman added: “Speaking of the younger generation, children named Xavier, Xena, Xander and our international friends like Xiomara and Xiao Hong might feel like it was a personal attack on the first letter of their names. These poor young souls are already likely to feel like second-class citizens because their names are so late in an alphabetical world.”

The chief spokesman summed it up as follows: “As usual, African Americans are misguided and overreacting, not to mention making demands that will do more harm than good. Don’t be fooled by the pandering and flip-flopping of politicians and corporations. The letter X is the real victim. Keep the flags up.”

This entry was posted on July 3, 2015 by Aya de Leon in Uncategorized.