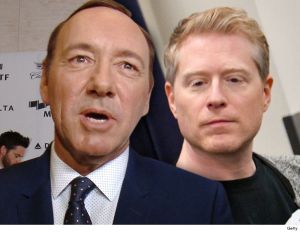 I believe men are inherently good. In spite of the really awful things they do. Harvey Weinstein, Bill Cosby, Roman Polanski, Kevin Spacey…. I haven’t seen any of their baby pictures, but I am confident that none of them were planning to become rapists or predators in the cradle. As I stated in a previous Good Men Project article about R Kelly and Chris Brown, the Council of Europe Parliamentary Assembly stated in their Human Rights Report, “We should remember that perpetrators are not born.” Our toxic culture keeps churning them out, and then clutching its manly pearls and stammering that it can’t understand how this happened.

In a male dominated society, women are considered expendable resources for men to use. But also in a male dominated society, men are considered expendable resources for more powerful men to use. Which is why working class men get ripped off and used up, and men of color get scapegoated and exploited. And this is also how young men get sexually abused and mistreated.

So when we hear stories about young men and newcomer men in Hollywood being targets of sexual violence, it doesn’t mean the problem is something other than male domination, it simply reinforces the fact that everyone loses under male domination.

Kevin Spacey has been accused of sexual predatory behavior. In a BuzzFeed article, “Star Trek: Discovery” actor Anthony Rapp accused Spacey of making sexual advances when Rapp was fourteen. And Spacey’s response has been to come out as a gay man and attempt to sideline the issue of his sexual predatory behavior. Various people have rightfully pointed out that it is outrageous for him to attempt to distract the public from his sexual misconduct by attempting to recast himself as bravely coming out. This throws the entire LGBT community under the bus, and the closet is no excuse for sexual violence.

At the same time, I want to look at the context that has made such a situation possible, and the ways that homophobia and heterosexism intersect with male domination. To be clear: the association between queer folks and sexual predators is false. The overwhelming majority of sexual predators have one thing in common: they are men. Female sexual predators do exist, but the majority of both female and male victims are sexually abused, raped, harassed, or molested by men. And the majority of men who abuse boys are heterosexually inclined in their sex with other adults. To be clear, the urge to sexually abuse young people isn’t a desire, an orientation, or an inclination, it is:

a sick and compulsive pattern

probably the result of trauma

Kevin Spacey is has come out as gay. Which is separate from being a predator, but he appears to be both. For years, he lied about being gay, and he’s still lying about his pattern of sexual abuse. The closet is a foul place. When you’re hiding your sexuality, you are more likely to set up sexual situations where the other person has less power than you. Like younger people, and people who are less powerful than you in your work world. It excuses nothing. The impact isn’t any different from any other predator. Kevin Spacey doesn’t deserve a pass for this. But it actually points us in the direction we need to move in as a society. When men are shamed for their same sex orientation, and feel shame about sexual feelings for males, it makes it more difficult for them to notice appropriate shame for things like sexually harassing a work colleague or an underage person. Still, not a pass. 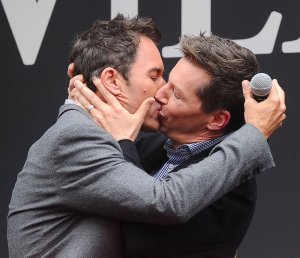 Also, Kevin spacey didn’t come out because he wanted to maintain the full robustness of male his privilege in a male dominated and heterosexist society. It’s easy to say “be out and proud!” but we all saw how little work Will & Grace stars Sean Hayes and Eric McCormack got in Hollywood between the two runs of the show. And that was all in the 2000s. And Eric McCormack isn’t even gay.

Kevin Spacey started out many decades before, and it would have been deadly for his career if he’d come out earlier. No one should have to choose between being themselves and having a career. But sadly, that’s the reality of homophobia and heterosexism. He shouldn’t have had to choose, but he did, as do all of us with marginalized identities. I can write about white people and get more play from the white-dominated literary industry. Or I can write about brown people (as I do) and get much less. He wanted all the Hollywood privileges, and he got them. 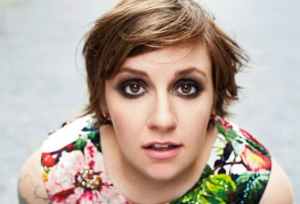 This included the Hollywood tradition of male domination: powerful men use their position to prey sexually on anyone they find attractive or vulnerable or conveniently located. As Lena Dunham summarized the predatory approach she encountered in Hollywood: “I’ll be you never say no…you aren’t a model but you sure are young and probably some bold new sexual moves have emerged since the last time I was single in 1992, so let’s try it…”

I wrote about Dunham and Cosby in early 2015 for xojane. I connected the two stories to illuminate “entrenched sexual violence and exploitation in the entertainment industry.” I’m glad to see people coming for predators of all sexual orientations. I hope Woody Allen and R Kelly are next up in a long line of Hollywood men. Both those currently working and those who just rest on their laurels. Like Lindy West said, “we’re coming for your legacy.”

This entry was posted on October 30, 2017 by Aya de Leon in Uncategorized.