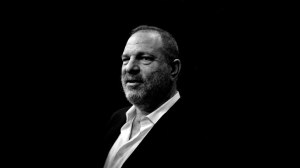 The Bay Area, the sky is full of ash, I’m working on a spoken word video about Puerto Rico (an underreported international crisis), I have limited childcare due to cancelled activities and school holidays and I don’t really have time to deal with your sex offender bullshit.

This is the busy working mom in me. Like all women (and male victims) I had a plan for my day/week/year/life that didn’t include dealing with the trauma of the sex offender’s violation–the experience itself and the long, painful aftermath. But sexual violence is always derailing our plans. Stressed out working writer mom aside, I would never welcome the violence itself, but I do welcome the revelation of the shit that’s been going on with Weinstein for decades. It’s also encouraging to see the way that it’s opening up a much broader conversation about sexual violence in Hollywood in general. It’s been moving to see not only women but men come forward to discuss how they’ve been sexually preyed upon by powerful Hollywood men. I’m glad people are talking and the truth is coming out. I guess I only have a few things to add to the conversation: on the issues of assistants, Tarantino, and getting treatment.

Earlier this week, a tweet caught my eye from Natasha Bertrand:

“His assistant…said I should go to his room.” All of these women’s stories have this in common. The assistants were his partners in crime.

Weinstein’s MO is particularly sinister, because it is a much more effective professional ruse to have an assistant send an unsuspecting woman to your hotel room than to invite her yourself (which would expose you as an obvious creep). Involving his professional assistants made him a much more effective predator. But I wouldn’t call them partners. Here’s what I tweeted:

1/3The assistants weren’t partners, which implies equality+assistants are anything but equal, though they’re also accountable for complicity

2/3Assistants get abused in different ways. Often verbally+emotionally as workers+keep their jobs only by colluding w/ their boss’ misdeeds.

I also came across tweets today about Quentin Tarantino’s response that I wanted to talk about. Right now, he is a poster boy for having women do his emotional labor, as Amber Tamblyn had a meal with him and then made a public statement on his behalf, while he needed time to “process.” But I have a soft spot for Tarantino. Not that I have ever seen any of his movies. Nope. I can’t watch that type of graphic violence. But I’ll never forget how he pushed back with Margaret Cho, when Hollywood was starving and whitewashing her. Male allies are in sorry shape, and their slow, self-absorbed responses can be frustrating. But at the same time, this is progress. Baby steps. Men and women who have never spoken publicly are finally speaking out. 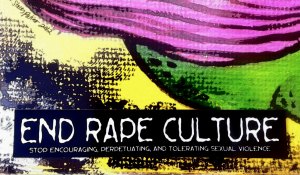 Finally, I just need to speak on the issue of treatment. I believe that anyone who behaves the way Weinstein did must have a brutal trauma history of his own. What he did was criminal, and he should be held accountable. If I were designing a society in which sexual violence didn’t happen, it wouldn’t rely on courts and jails to “punish” a small fraction of sex offenders, it would end rape culture and intervene early when abusive tendencies were surfacing. That said, I believe that treatment can be effective. However, I don’t have a lot of trust in the type of treatment to which Weinstein will have access. I’m concerned that it will be more concerned about rehabilitating his image than healing him of the trauma that would lead to that type of behavior. And even if he could access deep and transformative treatment, I suspect that he would take the easy route.

I say all this to say that I believe strongly in compassion in the case of sexual violence and trauma. But first and foremost in compassion for those who have been victimized. And the best thing for them is justice. To that end, I hold the vision of a just world, in which we end sexism and male domination, as well as rape culture, and sexual violence simply doesn’t happen.

This entry was posted on October 13, 2017 by Aya de Leon in Uncategorized.