#WeNeedDiverseBooks – 7 Models of Diversity in Children’s and YA Lit 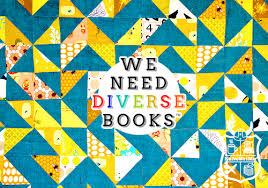 The demand for diverse literature is ringing loudly from many places these days. The #WeNeedDiverseBooks movement in publishing has raised critical questions about the need for young readers of color to see themselves in stories and for all young people to see the rich diversity of our world reflected in literature. But what exactly are people looking for when we say diversity? Particularly with regard to race. At this point in the movement, that is the crux of the question. As opposed to setting it up as a yes/no question (is it diverse?), I would set it up as an open question: how is diversity working in any given story. Here are seven models of diversity in lit. Unfortunataely, too many stories–even stories I really love–fall into this category.

1. All white. In these books, there is no racial diversity. The characters are all white. Often, however, the characters are not explicitly named as “white” or “European-American.” Rather, they have descriptors like “long sandy hair” or “hazel eyes” or “freckles.” There are people of color who have these attributes, but they are general indicators of whiteness. Whiteness doesn’t need to explicitly label itself. Whiteness, reflecting the dominant racial group, is presumed unless a character is explicitly depicted otherwise.

2. Brown Problematic. This is worse than all-white. This is when characters of color only show up in roles that reflect the racist imagination. Some typical examples that I will define are menace, incompetence, buffoonery, and help.

Menace: this is pretty obvious. There is where the context is overwhelmingly white, yet the single or few characters of color disproportionately reflect violence or danger. Characters of color represent the bad guy, thug, evil maniac, heartless killer, femme fatale.

Incompetence: there’s a person of color in charge, and they are often the incompetent leader that the white protagonist must defy or undermine in order to save the day.

Buffoonery: characters of color provide comic relief…and they are the butt of the joke.

Help: from sidekicks to best friends to magical characters, these helpful brown characters exist in the narrative to help the white characters achieve goals, succeed in quests, connect to their spirituality, and find their true self. This is, in some ways, the most insidious, because the characters are “positive” or “wise” or otherwise have good qualities. But these qualities are always used in service of white characters, never for themselves or their own communities. 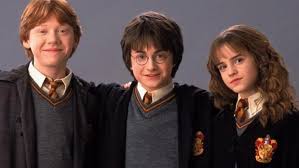 3. Brown in the Periphery. In these stories, the main characters are all white. It’s different from the excslusively white world, because brown people show up as supporting characters. Brown characters either play ongoing side roles, or perhaps will have a larger role in a single book in a series. So while these characters do appear, they are never really central to the larger arc of the story. Also, the overall environment is generally white-dominated. For example, there were characters of color in Harry Potter, but no faculty of color, and the main characters were all white. Harry had a love interest of color, as well. It’s an improvement over all-white stories. But people of color end up providing a colorful backdrop for stories that are, ultimately, about white people. 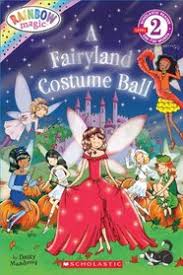 I first noticed this dynamic in the Rainbow Magic Fairies. This series literally has hundreds of books. Each one features the same pair of white girls in a fairy adventure. On the cover of each book is a different fairy who will seek out their help for that particular adventure. Most of the fairies are white. But some of them look East or South Asian, Latina or of African heritage. In theory, this should be positive. Unfortunately, the color is only on the surface. The fairies aren’t actually from East or South Asia, Latin America or the African diaspora. They are from Fairyland, an imaginary world that is majority-white and ruled by a white king and queen. The content of the book exclusively reflects middle class white culture. So while it’s appreciated that the face of many of these books is brown, the content of the book only values and reflects white cultural norms and European heritage (the books are originally from England, but they are so culturally bland, that they could just as easily be from New England). 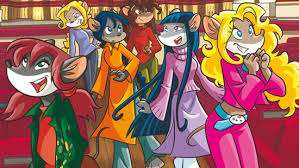 Another example of Brown Striping takes place with animal characters. Geronimo Stilton, for example, is a mouse. He and his ensemble cast of brown mice could easily be considered raceless. However, the overwhelmingly European content of the time travel destinations mark the series as white. In addition, many of the leading female characters in the franchise, reflect white beauty standards with their long straight hair, not to mention that their bodies look like Barbie dolls. This is similar with franchises like “My Little Pony.”

While the animals may be pink or orange or blue, they have long, flowing, straight hair. The most exalted princess pony is literally white with ankle-length flowing pastel-colored hair. There is no pony with an Afro.

In the area of YA novels, I recently re-read the Gallagher Girls series (which I still love) and noticed that the diversity is more of a stripe than a deep dive. They are set at a girl’s spy academy in Virginia. The white protagonist’s  best friend is black, but she’s from England. I like that the black character is a total badass. However, she doesn’t bring any cultural context from the African diaspora. As a black Brit, does she have roots in the Caribbean? West Africa? The story never reveals anything of her family’s presumed immigrant background. The reality of black British subjects is the colonial history of their empire, and a lot of racism toward them in the UK. However, the character really ends up representing England, as opposed to anything of her African heritage.

There are things I like about all these books. And I do appreciate the authors for trying. However, there is a significant limit to the depth of the diversity that they bring.

Brown as Conflict can be done–particularly by savvy authors of color–to really illuminate issues of race. For example, Zetta Elliott’s The Door at the Crossroads includes time travel. And the issue of race shows up differently, depending on the era and location in which characters find themselves.

6. Brown in the Center. In these books, brown people are the central characters, and the story isn’t about their interactions with white people. Dealing with racism might be part of a character’s experience, but it’s not the sole focus. In these stories, the characters bring with them all of their cultural context and histories. These books sometimes are set in all-brown environments, but they don’t have to be. The bottom line is that they put the fullness of brown lives in the center. 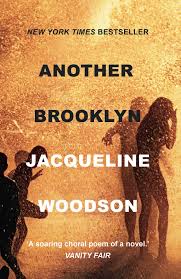 7. Brown as Spectrum. In these stories, there is more than one racial or ethnic group of people of color represented. We are able to see a finer level of cultural nuance than in many of the other books. A great example is in Jacqueline Woodson’s Another Brooklyn. The novel’s crew of brown girls reflects different skin tones and a wide-range of diaspora roots from the South to the Caribbean, and the story includes both English and Spanish-speaking characters. Again, racism may be part of the story, but the story isn’t all in reference or reaction to white people, whiteness or white racism.

There are many other ways to look at diversity in children’s books.

When it comes to the demand for diversity in children’s book, the most important thing I can do as an author is to write the books I think need to be written. To that end, I self-published a children’s book about black hair, puffy: people whose hair defies gravity. I recently finished a draft of a YA black teen spy girl book and I have a children’s picture book of Bree Newsome in the works. But artists of color have always written diverse books; the next move is for the publishing industry to publish more of them, for bookstores and libraries to feature and recommend them, and for the public to buy them.

In order to reflect our world and not have a bias toward white people, the majority of books would have protagonists of color and half would be female. At its core, the demand for diverse books for young people is about having abundant opportunities to see people of color and all the richness of our histories and heritages at the center of our literature in proportion to our numbers in the world.

This entry was posted on February 18, 2017 by Aya de Leon in Uncategorized.