As the Republican National Convention continues to be an endless source of shock comedy and tragedy, no one could have expected expected Melania Trump’s speech to stir up so much controversy—that is, Melania’s plagiarized speech from Michelle Obama—and the subsequent unwillingness of Trump supporters to admit it, followed by the convenient scapegoat. Yet, I find that in some ways the speech has added nuance to Melania, who had previously been a two-dimensional object in the news. I used to just see her as Trump’s latest blonde wife. But now I can tease apart some of the intersections of her identity: she’s wealthy, white, female, and immigrant.

I teach at UC Berkeley. During my first year, a student of mine plagiarized an assignment. This completely shocked me, because I teach poetry and spoken word. I don’t have an academic background, but rather came out of slam and political poetry. In my pre-academic world, poems were not assigned, poems came out of people’s desire to be heard. But in the academic context, I had invited the student to engage in self-expression, and instead they had copied something from the internet. I had to learn about Berkeley’s policy on plagiarism. Here is their definition:

“Plagiarism includes use of intellectual material produced by another person without acknowledging its source.”

According to the prescribed procedure, I had to meet with the student, identify the plagiarism, give the student an F for that assignment, and put a note in their record that they had plagiarized. If they didn’t do it again, it would never appear on their permanent record.

UC Berkeley is an white-dominated, elite institution. I think of this type of rule as typical in an environment that is part of the elite. Plagiarism is theft. But when members of the elite steal, they are being trained to expect leniency. Just like the Trump camp expected leniency for Melania: Sure, there may have been a few words in common with Michelle Obama, but the same could be said of similarities to the words of Twilight Sparkle from My Little Pony. For the record, Melania’s words fit the UC Berkeley regulation definition of plagiarism with Michelle Obama, but not with Twilight Sparkle.

But this brings us to our second point Melania’s intersection… 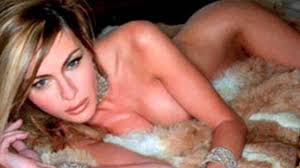 No one cares what she says. She wasn’t hired for her words or her ability to speak at all. Donald hired her for the position of MRS. because of her physical appearance. Her job is to look commercially attractive, have babies, and for her body not to change over pregnancies, or time. He’s not interested in what any woman has to say, least of all his own wife. That sexism pervades the Trump camp. So when people dismiss her plagiarism, it’s part of the low expectations they have of her mind, anyway.

But unfortunately, the plagiarism didn’t allow us to learn anything about what she might be thinking, which leads us to our final point in Melania’s intersection…

I believe we are witnessing a regurgitated lesson of assimilation. In our nation of immigrants, everyone is taught to copy “Americans” and do what they do. When giving a speech at the convention as the wife of the nominee, simply copy what the last one did.

And if you look at Melania’s face during  her speech, she frankly seems terrified, her words gritted through clenched teeth. She is a pale copy of the confident, enthusiastic Michelle Obama, whose ownership of her chosen words shines with the glow of being fully embodied. Mrs. Trump is parroting the lines she neither has lived nor understands. The honest speech would have looked like this:

“I was taught that America was the promised land. I was born into socialism, with an upwardly mobile family, striving to get ahead. If I was pretty and hot, I could find a man to take care of me. The RNC convention is a long way from a concrete housing block in Slovenia where I was born. I haven’t done so badly. I couldn’t be a model forever. My husband is a windbag, but he has plenty of money. Even if he trades me in, I won’t have to work. Am I done yet? My feet are killing me in these heels.”

This entry was posted on July 21, 2016 by Aya de Leon in Uncategorized.