The Black Hollywood power couple at the Oscars in the past

The entertainment news is reporting that Will Smith will join his wife Jada Pinket Smith in boycotting the Oscars, as the nominees in the four major acting categories are all white.

When I look at Jada Pinkett Smith, I see a woman trying to move with integrity and trying to exert herself politically in the service of change. In the past, I’ve talked about in the troubles that I have with celebrity feminism. These same challenges really seem to plague Pinkett Smith, and her attempts at activism are often ineffective. Part of the problem is that celebrities don’t have access to comprehensive yet grassroots political education and an opportunity to develop a strong, nuanced, and multi-layered analysis of political problems. Yet they are celebrities. So when they have an controversial opinion–however well or poorly reasoned–there is immediately a microphone and a camera in their face.

Overall, Jada’s point is well-taken. “We can no longer beg for the love [of white Hollywood leadership].” Part of the problem with celebrity feminism or any kind of activism, is that the act of drawing attention to oneself is always good for the personal brand and good for business. At the same time, it was challenging for many people to see someone like Jada who is overall very invested in Hollywood, and has been for decades, to call for a boycott during the year that her husband is perceived as having been snubbed. Which begs the question: if Will Had been nominated, and was the only personal of color–which is still not good enough from an anti-racism perspective–would she be calling for a boycott or shopping for a dress?

And I can’t answer that. What I will say is that it’s in sharp contrast to the news that came out a few days later from Mos Def that he is quitting the music industry and quitting Hollywood altogether. First of all, he isn’t calling on anyone else to join him, he’s simply making the personal decision to fully divest himself from these racist industries. 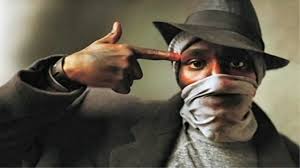 But one of the big differences between Mos Def and Jada Pinkett Smith is that he comes out of a more grassroots community. He started in theater and underground hip hop, while Jada started in TV. In the 90s I first saw him perform in New York in a politically radical benefit show before he started working in Hollywood. I first met him when I was on Def Poetry, but And then I continued to share stages with him even after he began doing movies. In particular, we co-hosted the San Francisco kickoff event for Current TV, a network started by Al Gore, in an attempt to increase progressive and grassroots media. We later performed together an event honoring Howard Zinn’s People’s History of the United States. Zinn’s work is part of the canon of rigorous politically progressive education. Also as a radical hip hop artist, Mos Def has had an audience that is more likely to hold him to a higher standard of political accountability. Including criticizing him for allowing his music to be used in a Nike ad in an era when Nike was being condemned by progressive communities for widespread use of sweatshop labor in the Global South.While he says of himself, “I’m not a perfect man,” we also see his image often reflecting a more radical aesthetic. He has certainly participated in Hollywood and the music industry, but has always continued to push that edge, and to criticize those industries. While I don’t think Jada Pinkett Smith has.

At the same time, I want to honor her as someone who got into TV as a teenager. Which adds another layer of complexity. When anyone, particularly women or people of color get into the industry that young, their ability to participate in any community-based political education is utterly truncated, because they are immediately surrounded by entourages of yes-women and yes-men, who will fawn over their every thought, like it’s the most profound idea they’ve ever heard. Mos Def on the other hand was moving in grassroots communities and operating as a very independent artist well into his 20s and had more of a chance to develop his political perspective. Also, Jada is an actress. She was selected for her looks and for her ability to give life to other people’s words. Mos Def is a rap lyricist, and the skill he was developing in his 20s was about analyzing the world around him.

For me, Mos Def is the anti-boycott artist. He’s the reason I became a hip hop artist in the first place. I was boycotting hip hop in 2000, when I came across his Black on Both Sides album. He challenged the hip hop community to stop asking him where hip hop was going, and to take responsibility for hip hop. “Ask yourself, where am I going?” I was a former hip hop lover who had broken with hip hop because I felt it was going in a negative direction, but I was going somewhere positive. From his words, I realized that I had a responsibility to take hip hop with me.

However, there are things I really appreciate about Jada Pinkett Smith’s attempts to get off the beaten path. In particular, I really appreciated her decision to sing in a metal band in her 30s. Who does that? And as a woman, a black woman, and a celebrity, those guys did not roll out any red carpet for her. She had to pay her dues, and she did. I admire that choice. And yet…

Yet, for example, her attempt to speak out on human trafficking came not from some sort of community-based political education she was participating in, but from her daughter reading on the internet. And then Jada got more information from the internet. And the special report she developed on the topic for CNN, really reproduced all the distortions, hysteria, lack of accountability and shoddy journalism that is found on the internet. As I said in the piece I wrote on the topic, I am convinced that, in the cause of fighting human trafficking, it definitely did more harm than good. Certainly, it was harmful to sex workers, but also to those who have been trafficked.

Pinkett Smith and her husband have come under fire from Janet Hubert, who played the first Aunt Viv on “Fresh Prince.”She said of the couple: “I find it ironic that [the couple] has made their living and has made millions and millions of dollars from the very people that you’re talking about boycotting.” She went on to talk about their lack of solidarity in the past on the cast of Fresh Prince “I do remember at option time coming to you and saying ‘you know what Will, you’re the star of the show, why don’t we all get together and with you maybe we can all get a little raise. Maybe the network will think that since the show is such a hit and you being the star of the show, your influence will help us greatly. Like they did on Friends. Like white shows do!’ Remember that? Do you remember that? Because I do. Hmm. And your response to me was ‘my deal is my deal. And your deal is your deal.'”

A more recent example comes from Jillian Bowe, Senior editor of Daytime Confidential. She pointed out on Twitter, Smith was quoted in an interview last year as saying “racism [based in notions of white supremacy] is actually rare,” and used that to question the sincerity of his current position.

Pinkett Smith isn’t responsible for her husband’s behaviors nearly a quarter century ago, and I don’t want to just drag her in the blogosphere. What I see in Pinkett Smith is a black woman in Hollywood attempting to have some kind of political impact and integrity, at the same time that she, as an over-40 black actress, is struggling to stay relevant, and not just become the mom of Willow and Jaden. Unfortunately, she she doesn’t seem to have access to the kind of political analysis that she would need to be able to put forth more effective critiques, whether it’s about human trafficking or racism in Hollywood.

At the end of the day, I think it’s good that she is part of a growing chorus of voices that are taking Hollywood to task on racism and sexism. And on the same topic, next week I’ll be talking about the upcoming reboot of Nancy Drew. CBS has promised that she will be played by a non-white actress. I’ll be looking at the politics of that decision. Is this just an example of Hollywood diversity tokenism, or does it reflect some kind of real change. Tune in next week…

This entry was posted on January 22, 2016 by Aya de Leon in Uncategorized.