My daughter is five and in preschool. When young children hurt or offend each other, some adults instruct them to apologize. I found this happening at one of my daughter’s previous school, and that was one of the reasons I moved her to a new school. Children who are pressured by adults to apologize don’t actually get to repair the relationship. At her new school, the adults engage in a deeper process of conflict mediation and include the kids in strategies for repair and moving forward. As usual, adults can often learn from best practices with small children. 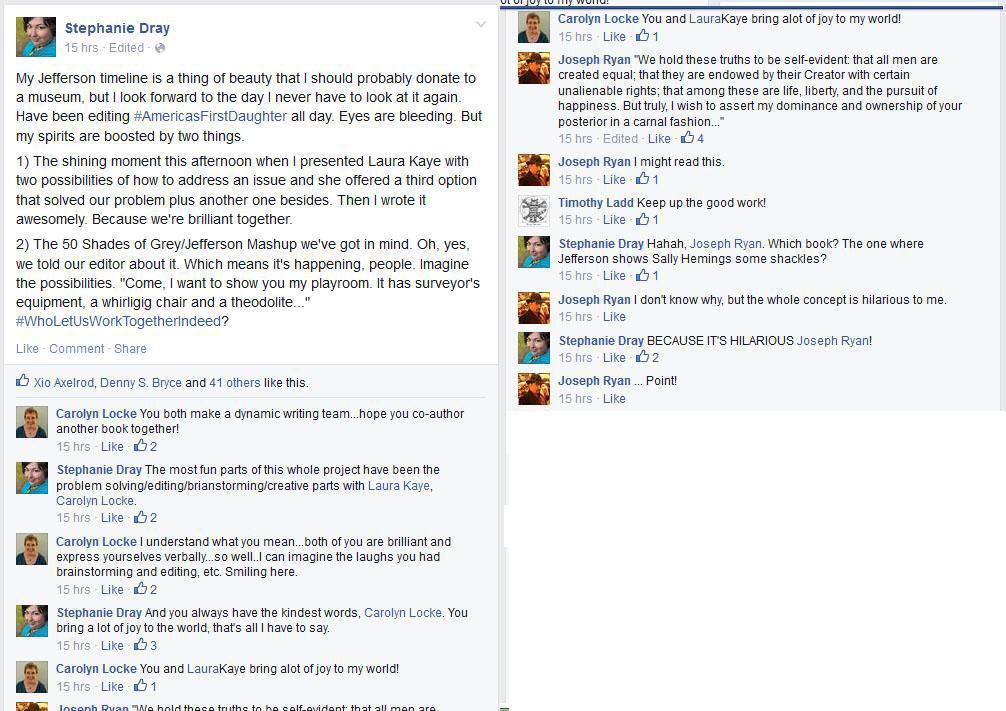 Dray used her words. She apologized on her blog and individually to everyone who tweeted her that they were upset.

And this is where we have the same split as in my daughter’s two schools. Some are saying: “hey, she apologized. What more do you want?” Others are dissatisfied with the apology for several reasons. First, the apology itself contained additional racist language. Second, scrutiny of Dray’s work finds further instances of racism. Finally—and this is much bigger than Dray—the whole incident opens up the larger issue of racism in the romance genre and publishing in general.

I would argue that Dray is like the kids at my daughter’s previous school. They don’t have the tools to actually repair a situation. They can only offer an apology. Dray doesn’t seem to want to be racist, but she’s so steeped in it, and so unconscious of it that her attempts at cleaning up only make it worse. What is needed here is restorative or transformative justice.

First of all, let’s look at what happened.

In Dray’s apology, and it seems as if she tried really hard to be humble and thorough. She avoids classic passive aggressive apology wording, such as, I’m sorry you that upset you or I’m sorry you felt that way. She uses clear and unequivocal language: “I hurt people…I’m bitterly disappointed in myself….I would like to extend my heartfelt apology. And I thank those of you who made me take a hard look at this…I was wrong….It will not happen again.” Her co-writer Kaye uses the same tone in her apology, adding: “I am a rape survivor, so I am disappointed in myself for doing something that trivializes or makes light of rape…”

On the surface, they seem deeply remorseful, but others take issue. @fangirlJeanne, a a media critic, blogger, and writer wrote a scathing post on “Love in the Margins,” a blog that focuses on diversity in romance and erotica. fangirlJeanne says, “While many authors, white and people of color alike, have accepted the apologies, to others it seems Dray and Kaye only care about getting back in other white women’s good graces, and selling their book.”

Sure enough, when I took a second look, I realized I had missed the shameless self-promotion in Laura Kaye’s apology. She includes what sounds like jacket copy to arouse curiosity about the novel. In her “clarification” description of the book they wrote: the novel “offers a sweeping treatment of Martha “Patsy” Jefferson Randolph’s life from dutiful daughter traveling at her diplomat father’s side to First Lady during her father’s presidency to mistress of the iconic Monticello.” Note to authors: when apologizing for being insensitive, please do not include the pitch for your book. Also note, “the iconic Monticello” refers to Jefferson’s plantation which his daughter ostensibly inherits. Here is a photo of the child size shackles Jefferson kept:

From a Smithsonian exhibit on Jefferson as slave owner Thanks to @Karnythia for tweeting about it.

Dray also makes a crucial mistake in her own apology. She says, “Racial justice is something that I feel deeply about. Something that I think deeply about….But apparently not deeply enough,” and her unconscious/unaware racism is evident from first paragraph of the apology itself.

Dray says that “Thomas Jefferson initiated sex with his slave, Sally Hemings, most probably when she was fifteen.” Many on twitter took her to task for the euphemism of “initiated sex” as opposed to rape, which is the legal definition of such a sex act with an underage girl. This is not to mention that she was his legal property, so it’s not as if he could “initiate sex” and she could refuse.

A closer investigation of Dray reveals a persistent, exploitative relationship with all things African in her Cleopatra’s Daughters series, including the blonde white “Princess of Egypt” cover.

Having literally just had a conversation about book covers with my own commercial publisher, no one knows better than me that an author doesn’t always have control of her cover images. But apparently, the novel with the blonde on the cover is self-published, which means Dray was in full control of that racist decision. In fact, all of the “Egyptians” on her covers are white-looking.

I haven’t read the books, so I don’t know what racism or anti-racism lurks within. But she’s clearly participating in the time-honored racist tradition of whitening and appropriating the glories of Egypt and disconnecting them from Africa.

Dray says that “It has been my ambition…with this project, to shed light on the devastation of slavery…And to make clear that the scars of that devastation are still evident today in our politics and our culture.” But she doesn’t see that the white entitlement of racism is still evident today in her own relationship to writing about African/African American themes. Her fascination with Africa (Egypt), with African Americans, slavery, and the sexual violence of slavery are all about taking these subjects and exploiting them for her own financial gain. Do white people have the right to write about race and racism? Of course. But if they do it in a racist way, many of us are going to call it out. Is that censorship? No. It’s principled criticism. We are calling out the hypocrisy in Dray’s work, and the disconnect between what she states as her intentions and the results/impacts.

Finally, both she and her co-writer Kaye insist that there is no BDSM Thomas Jefferson/Sally Hemings book. And this is suspect, because Dray speaks in her post of the “50 Shades of Grey/Jefferson Mashup we’ve got in mind. Oh yes…imagine the possibilities…” As author Tasha L. Harrison and others have noted on twitter, Dray lays out clear plans for a book. Harrison tweeted a strong accusation to Dray that she and her “coauthor talked to your editor about it.” Harrison goes on to quote Dray’s facebook page directly, “‘Which means it’s happening, people.’” Given this information, it seems to many as if Dray apologizes for the joke (in which she was caught red-handed) and denies the book they had pitched and in which their editor was interested (which she can easily conceal).

Whether or not every detail of the allegation is true or not, it points to the troubling idea that this is bigger than one or two women’s racism. The idea that she, her co-writer, and their editor had all greenlighted such a book, and that several other authors and/or fans on facebook were excited about it, is part of what really upsets women of color writers and our allies in fighting racism. That not one of the various white people would say THIS IS A HORRIBLE, RACIST, AND OFFENSIVE IDEA points to a bigger problem. Woman of color romance author Suleikha Snyder notes how the racism of the situation has been “swept under the rug until the next time it happens…And make no mistake, it WILL happen again. Because the default narrative and status quo have not changed.”

Next up in this series (in no particular order):

Meanwhile, Stephanie Dray has put herself on a twitter and blog time out. Whether she’s using the time to really reflect on her actions, or just brooding in the corner while the other kids are playing, we have no way of knowing. Kaye, however, started back up to her usual social media life the very next day.

If you would like to submit your thoughts to possibly be quoted in future posts on this topic, get at me on twitter @ayadeleon

This entry was posted on March 9, 2015 by Aya de Leon in Ending Racism.