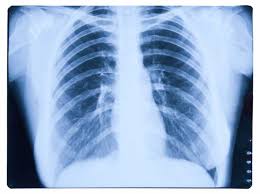 Many years ago I was in an African heritage healing group and we used conscious breathing techniques, or breathwork, to heal the internalized effects of racism. During that period, I wrote a poem called “Moving Back Home.”

In this historical moment, I can’t help but think about the fact that many black people live with different levels of fear and trauma that keep us from breathing deeply and fully inhabiting our breath and our lives. One of the sayings of the African American breathwork group was “Black people do breathe.” The recent chokehold death of Eric Garner at the hands of the New York police has people using the hashtag #ICantBreathe and reflecting on all the ways racism chokes us daily. It chokes us in microaggressions that are barely noticeable to all but their target. Racis also chokes us in deadly force that cannot be denied.

This poem is about the battle that many black men wage to fully inhabit their bodies, breathing, unafraid, and fully grounded in their right to be alive.

The brother was breathing

no I mean he was really breathing

I don’t mean hovering a few feet above himself

looking around to see if the coast was clear

to come back in

toes devoid of sensation in his hundred dollar sneakers

I mean he was in it

not posing for some Vibe magazine cover

& we all wave our dollar bills & want to buy some

just as sure as whitefolks did when he was

on the auction block not so long ago

I mean he was in his body

like no one else had a deed to it

& he was breathing & it was beautiful to see

but the whole body

Did you know that in the African American community

there is a church on nearly every corner

I salute all of the bothers who are

are big enough to cry

who holler at the demons instead of their children

beat on pillows instead of their women

who tell the truth no matter how ugly

who hold themselves & each other

despite how we punish them for it–faggot/sissy/punk

There is nothing wrong with men being

or gay or straight or authentic or liberated

or awake in their bodies

& the belief that strong emotions

other than rage & desire

are for women only

is more deadly than bombs or bullets or police batons

in the war against men of color

Brothers say you gotta be hard to survive

but you gotta soften back up

if you want to survive surviving

What good is it to get out alive if you can’t live or love?

So I salute all the brothers

who are doing the healing work

This is a shout out to

& alla the brothers from FREE MY PEOPLE

& alla the other 12-step programs

& the brothers in therapy

& the brothers in HIV+ support groups

& the brothers in detox

& the brothers at City of Refuge

& the brothers at Olivet

& the brothers in re-evaluation co-counseling

with a passion & a willingness to be healed–

but most of all

This entry was posted on December 12, 2014 by Aya de Leon in Uncategorized.