Who Let the Trolls Out? Why #BoycottBlackFriday Generated So Much Viciousness 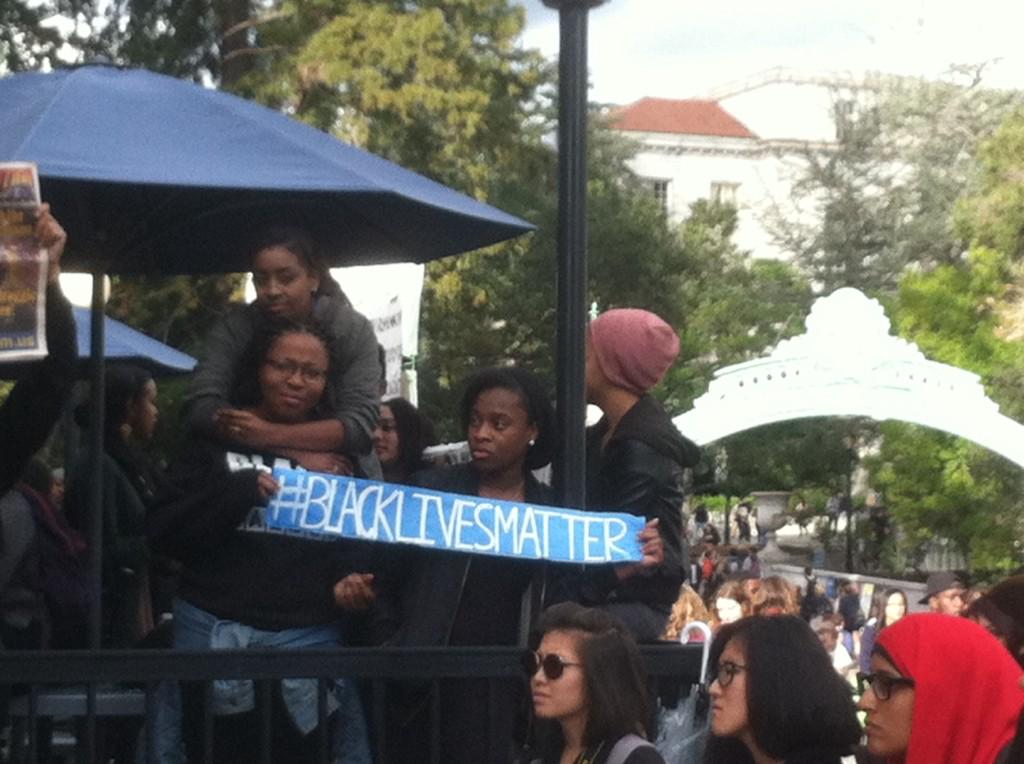 Last week, I refused to shop for Black Friday, in protest of the decision in Ferguson, MO not to indict cop Darren Wilson for murdering unarmed teen Michael Brown. I wrote about it in Bitch Magazine and on twitter. In my blog entry on Black Friday, I mentioned that I never shop on that day anyway, so it didn’t represent a big change for me, but that’s usually a quiet matter of personal preferences. This year, I went about loudly encouraging others to #BoycottBlackFriday.

I had problems with my phone that day, and when I went to the [corporate cell phone name redacted] store, I rejected their offer for an upgrade. I even went so far as to tweet the following:

Dear world, if anyone sees me here at the cell phone store, I'm getting my phone fixed. I'm NOT shopping!!! #NotOneDime #BoycottBlackFriday

I had committed to spend #NotOneDime, and I planned to honor that commitment.

These days, racism doesn’t hold that many surprises for me, but I was incredibly surprised by some of the trolling that I received on twitter for my participation in the boycott. I have publicly called for decriminalization of sex work, for white people to stop colonizing the Day of the Dead, I came out about having an abortion in my 20s, and any number of controversial topics, but this is the hardest I’ve even been trolled.

I know journalists who have tens of thousands or hundreds of thousands of followers have much more serious trolling problems, but since I have a smaller sample, it was really profound how upset people were that I planned to stay home with my family and not spend money on a Friday. What was so threatening about that?

In outraged response, one white twitter user sent me a diagram that they believed “proved” that Michael Brown was charging at Darren Wilson and that the cop shot the unarmed teen in self-defense.

Various users sent outrageous assertions. I don’t engage directly with trolls, but I do tweet responses to my followers:

Dear trolls (w/ zero followers), if my article on #BoycottBlackFriday for #JusticeForMikeBrown "sickens" you, then you are definitely sick.

No, #racist troll, it's not "Mike Brown's mom…should have parentedharder." It's Darren Wilson shouldn't have MURDERED him. #NotOneDime

One hysterical tweet accused me of endangering the lives of the children of mall workers because they would surely die when their parents lost their jobs due to my neglect of shopping.

@AyadeLeon Hell, you've already stopped the jobs of some good people trying to feed their kids. Why not kill them too?

I suggested that if she was concerned about the financial health of the children of mall workers, she should support the #WalMartStrikers and push for a living wage and livable working conditions.

The illogic, randomness and hysteria of the trolling didn’t surprise me. What was unexpected was the entitlement. These trolls considered it my duty to go out and buy things I don’t need to support the economy of the nation where I live, in which I believe I am a second class citizen, in which police routinely kill unarmed black young people and avoid consequences. Darren Wilson reportedly got over half a million from ABC to tell his story. This level of outrage is so bitter that it’s no wonder people are taking to the streets.

As Britney Cooper put it this week in her Salon article, “a particularly clueless segment of white America, actually seemed to believe that a grand jury decision in favor of Darren Wilson would simply be accepted by black America.” When black people protest, Cooper says, “These protests have been met at best with a kind of studied indifference and at worst with a kind of unrighteous indignation that truly baffles the mind.”

As for the #BoycottBlackFriday protest in particular, one troll sent me a sarcastic tweet saying, “Yeah. This is going to work.” But as Cooper pointed out, “Black Friday sales dropped an estimated 11 percent from last year’s totals. While some decrease in revenue had been predicted, double-digit decreases were not.”

The impact of the protest was minimized however. Cooper notes that “The New York Times coverage of the decline managed to not even consider the possibility that the massive, social media-driven boycott of Black Friday, through hashtags like #BlackoutBlackFriday and Rahiel Tesfamariam’s #NotOneCent, had contributed at all to the downward shift in sales.”

According to my same sarcastic naysayer troll, “So, you’re going to pressure Best Buy into training it’s [sic] cops better??” I know, for some, the logic is too much of a leap. But let me make it simple. The law in the US sees corporations as people, but black people are seen as sub-human. We do not accept this. And we will continue to push for our community to prioritize our well-being over materialism that enriches corporations with inhuman practices in labor and the environment.

It’s powerful to see our various protests having an impact, including pressuring Obama to call for greater police surveillance. None of these things will unilaterally solve the deep-rooted, far-reaching, and utterly entrenched problem of police violence against communities of color, but I’m grateful to see movement. Every time the trolls come out strong, I know we’re onto something.

At the height of the civil rights movement less than 15% participated in direct action. What you do makes a difference. #BlackoutBlackFriday

2 comments on “Who Let the Trolls Out? Why #BoycottBlackFriday Generated So Much Viciousness”

This entry was posted on December 5, 2014 by Aya de Leon in Ending Racism.