Sexual predator or Good Samaritan? You be the judge – A Fictional Story that Is Definitely Not About Shailja Patel 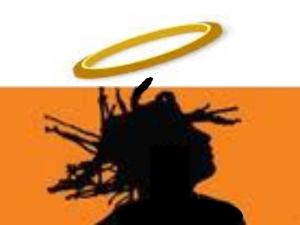 So there was this man at a party, and he was a poet, and was very concerned about women. He was a good friend to women. He thought about women all the time. And he saw this woman, and maybe it was the light, but it seemed that her bra and underwear were in dire need of adjustment. They were askew or invisible or not peeking out in the very way he deemed they should and he took the liberty helping her. Doesn’t it say somewhere in the bible that God gave man dominion over women’s undergarments? He was helping her, don’t you see? Honest to goodness, why do these feminazis misinterpret men’s perfectly understandable actions? No wonder they are all unmarried lesbians.

So he was trying to help her and she was utterly ungrateful and accused him of sexual assault. But that’s ridiculous because he wasn’t even there that day. He must have been somewhere else, helping some other woman, Good Samaritan that he was. But when everyone else remembered he had been there, he recalled that in fact he had been there, and it all came back to him. The woman. Her undergarments. His help. And she called that sexual assault? That was crazy. But the entire party was crazy. What was wrong with these poets that they didn’t appreciate his helpfulness? They didn’t even drink alcohol! Didn’t they realize that alcohol was crucial to freeing one’s creativity? He had the most brilliant ideas when he was drinking but he could never quite recreate them the next day….Like the day after that party, his brain was a bit hazy. Yes it was coming back to him now. The woman. The underwear askew. His helpfulness. He had definitely drunk a lot because there was so much alcohol there. As it turned out, there wasn’t actually any alcohol served at the party. But he knew for a fact that there had been alcohol he had brought his own alcohol. In fact, he was the only one who was there with alcohol. Just look at that, he provided all the alcohol at the party, and still no one seemed to appreciate him. Typical of those feminazis.

Sexual predator or Good Samaritan? You be the judge.

2 comments on “Sexual predator or Good Samaritan? You be the judge – A Fictional Story that Is Definitely Not About Shailja Patel”

This entry was posted on October 3, 2014 by Aya de Leon in Uncategorized.