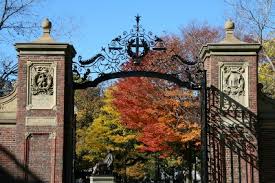 In my senior year at Harvard, I was sick of being broke, of getting paid $4.35/hour at workstudy jobs, and I wondered if I could make more money if I took my clothes off.  So I contacted local art schools in the Boston area to see if they needed nude models.  I was comfortable with my body, and wouldn’t have minded taking my clothes off.  It turned out that you could get paid the same ($15/hour!) if you got naked or just did portrait modeling where they sketched or sculpted your head.  I only did one portrait class, because I found it made me crazy to sit still for that long.

In my conversations with women from poor and working class backgrounds who have gotten involved in sex work, one young woman of color said that it’s always there in the background, this option, this possibility, this fallback position.  As I say in my poem, “Eulogy for My Ass:”

photo by Elysia Su / The Chronicle

Recently, there has been a great deal of conversation about the young woman with the alias “Lauren” who’s an adult film actress in the freshman class at Duke.  As she explains in an piece in xojane, “I couldn’t afford $60,000 in tuition, my family has undergone significant financial burden, and I saw away to graduate from my dream school free of debt, doing something I absolutely love.”  However, I think it’s important to point out that the oddity isn’t that there’s a sex worker in college, rather that she got outed. There has always been a relationship between higher education and the sex industries.  The reason that *Lauren got outed was because one of her male peers, a fraternity member, was a consumer of the porn she acted in, and he recognized her.  But I have argued in a previous post that even though colleges are co-ed, they are still organized around male students as normative, and female students having a set of needs they can’t seem to fully understand and address.  So there’s an expectation that porn consumers will be part of a college community, but not the sex workers who provide the labor to create the products they consume.  So there’s a disconnect between academic discussions of sex work and the expectation that sex workers are part of the academic community, or our extended network of friends and family.

Now that I’m on the faculty member at UC Berkeley, I certainly expect that there are some sex workers among the 30,000-member student body.  In my novel-in-progress, the secondary protagonist, Tyesha, is an escort and a graduate student at Columbia University’s school of public health.  Tyesha, like *Lauren, faces the choice that confronts many poor or working class young women who are considered attractive but don’t have other marketable skills.  They can either be mistreated as low-wage workers outside the sex industries or have a different work/life balance by turning to sex work.  According to *Lauren, “To be perfectly honest, I felt more degraded in a minimum wage, blue-collar, low paying, service job than I ever did doing porn.”  Tyesha has the same experience.  She says, “I could be a waitress, but I’d make a lot less and have to work a lot harder.  I could be a topless waitress, and I’d still make less, and deal with half the shit I do now.  As it is, I work one night a week, and I’ve got an IRA and savings for vacation.” 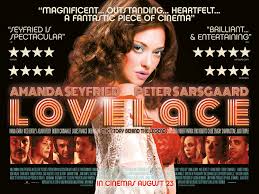 And it’s complicated.  Would just as many young women choose sex work if the society valued them as much for their intellectual contributions as for their sexual services?  Probably not.  My character Tyesha, for example, says “sex work is just to pay the bills,” and plans to quit once she gets her degree.  However, some sex workers report enjoying their work.  *Lauren says, “For me, shooting pornography brings me unimaginable joy…It is my artistic outlet: my love, my happiness, my home.”  This is a far cry from Lovelace, the recent film documenting some of the horrible abuses in the industry from the 70s.  *Lauren acknowledges that there are still abuses.

And yet *Lauren stays loyal to her Pornland community, saying “I have no current plans to quit porn.” In a recent conversation with a San Francisco Bay Area sex work activist, she said that sex workers are on a spectrum.  On one end are those who love the work and are committed to sex work activism and advocacy.  On the other end are those who hate it, and do it out of sheer desperation or due to deep childhood trauma.  The majority of folks are in the middle.  It’s a job that pays the bills, and they’re glad to be paid well, to have a mutually supportive community that helps them achieve the best working conditions possible.

What a shame that the worst part of *Lauren’s sex work experience wasn’t the sex work itself, but the stigma she faced when she brought all parts of herself to an elite university, the environment that was supposed to be such a privilege to attend.

This entry was posted on February 22, 2014 by Aya de Leon in Uncategorized.