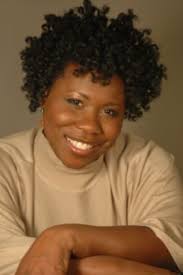 I am so excited because the San Francisco Writer’s Conference is only a month away.   For anyone who doesn’t know, I’m trying to sell a novel, and the heart of the publishing industry is still in New York.  Yes, self-publishing and ebooks are changing the game.  I delightedly self-published my children’s book Puffy last month.  However, for my novel, I want an agent, a major house, and some kind of advance to pay for marketing and promotion (I wouldn’t be mad if I had some leftover for myself, but I’m ready to be flexible, as I’m building a brand in a shrinking industry).

So once a year, California literary industry professionals are joined by New York literary professionals and a ton of local, national, and international writers for a 5-day conference.  This year’s literary headliners include three fierce women of color: NoViolet Buluwayo, Chitra Divakaruni, and Julie Kagawa.  And this year, I’ll be on the bill, as well.

In the four plus years since I became a mom, I have gone to exactly four literary conferences, VONA (twice), Bouchercon (mystery writers), and the National Latino Writer’s Conference.  I’ve really missed this type of intense conference space that focuses on both craft and commerce.

Before I became a mom, I used to travel to NYC a few times a year for different kinds of work, and now I miss the city as an artist.  New York is a place where there’s so much industry of so many types:  publishing, theater, music, TV.  I’ve felt cut off from so many of those possibilities.  But in a few weeks, I’ll get to be in a brief whirlwind of the writing/publishing world.  I look forward to sharing what I’ve learned as a veteran writer & teacher of poetry and as a spoken word/theater performer.  And I can’t wait to be in the house as a budding novelist.

The panels aren’t finalized yet, but here’s the website.  Before you go into sticker shock (the conference costs $725-845), there are pre- and post-conference classes that run from $99-198.  Also,  YA author Julie Kagawa is doing a free event  on Thursday evening.  Also, there are scholarships.  Many of the deadlines have passed, but not all.  Get on it!

And I understand if you can’t afford it, but if you are also trying to break into the industry, it’s time to get strategic.  Because this is an annual conference, I encourage interested writers to start thinking about next year.  Either start saving your $ or working on your scholarship app for 2015.  It was in 2013 when I couldn’t manage the financial/childcare/time for the conference that I promised myself I would make it in 2014.  And here I am!

2 comments on “The Literary Industry Visits SF Next Month!”