An Afternoon with Agent Sara Megibow 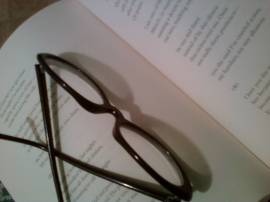 I love smart women.  I’ve written drafts of several novels and what they all have in common is that they feature smart women.  Some are university educated, but my debut novel heroine has never set foot on a college campus.  Yet, she’s a financial genius whose brilliant schemes manage to redistribute some of the wealth of Manhattan.

I love the subversive brilliance of women who are able to do what women are told is not possible, and to do it in line with their values and in service of social justice.  Which is why I was so blown away by a workshop I went to with Literary Agent Sara Megibow.

She was really speaking a language of clarity and empowerment to women writers…maybe because she majored in women’s studies in college.  In three hours, she gave me and a room full of women writers the clearest picture I’ve ever gotten about the literary industry as a business.  In the context of recent debate about whether or not writers should write for free, she talked very directly about “monetizing” writing property.  She is bold about being powerful and going after the money, which is often taboo for women.  I’ve met many agents during my quest to debut a novel, and she is the first one that I can describe as a shark.  She is a friendly shark from landlocked Colorado, but she is just the kind of agent I would want to have in New York gunning on my behalf.

She gave the talk at a meeting of the Silicon Valley chapter of Romance Writers of America.  I’m not a writer of straight up romance, but my freelance editor has me studying romance so I can work some of the tropes into my work to make it more commercial.  As a feminist, I’ve written in previous posts about my discomfort about writing romance and my commitment to find the angle on romance tropes of vulnerability and helplessness that still challenge gender roles and norms.

I joined the romance writers group 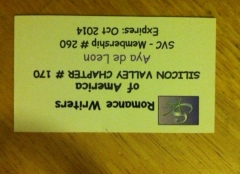 specifically so that I could have Sara give feedback on the first ten pages of my manuscript.  So worth it!  She gave me thoughtful, positive comments, and I feel inspired and rejuvenated.  So now, I am a card carrying member of a romance writers association.

Of course, Sara will never be my agent, as she only represents genre writing and I aspire to publish commercial women’s fiction.  And from her talk, I even understood that better.  When I love an agent who sort of represents what I write, it doesn’t make sense to see if they’ll just fall so madly in love with my book that they’ll take it on.  Because agents have relationships in the publishing industry with editors and houses who publish particular types of books.  Sara represents straight up genre fiction.  She has relationships with those editors and publishing houses.  She knows whom to call and they take her calls and have her send the manuscripts because her track record is so good.  If she were to take on my commercial women’s fiction book, she’d have to start over in building her relationships and track record, and develop a new set of marketing strategies (the ones she had for genre were killer, inspiring).  It was like a light bulb went on over my head, and I got it.  She’s spent the last nearly ten years building a vehicle that can drive fast and fierce on a particular road.  And make good money for herself and her clients.  Why would she want to build a whole new vehicle to travel a whole different terrain?

Perhaps the metaphor on the author end would be about dating (or do I just love dating metaphors?)  Straight women meet a guy they like who is clearly not offering what they want in a relationship, but they go with the attraction and then are upset when it doesn’t work out.  I can see that when I was querying agents back in 2011, I would meticulously research an agent, see what they had done for other authors, and begin to imagine what they might do for me.  If only I could get their attention.  If only they would pick me out of the slush pile.  OMG!  I can’t believe she’s really reading my book!  And then I would be so disappointed when they passed on the book, mostly because I didn’t fully understand that agents are best positioned for success when they are working on familiar terrain, where they have the contacts, the track record, and the experience to succeed.

For me, that means commercial women’s fiction with a genre hook, and it also means that I wouldn’t be the first “multicultural” author they work with.  Ironically, Arab and Asian writers are not considered by many in the industry to be “multicultural” and African heritage and Latino authors are.  I suspect this is because of what Edward Said calls “Orientalism” a certain fetishized fascination of the “West” with the “East.” Although a recent article in the Huffington Post notes how publishing industry racism targets Asian authors, as well.  But as long as racism is alive in the industry, I need an agent who can navigate it, and knows how to sell Black/Latino books.  I would be doing myself a disservice if I got representation with an agent who had no experience with “multicultural” books and just marketed my book with the same strategies they used for their last six commercial women’s fiction books that had white women protagonists, and were set in the Midwest.  No matter how much she had succeeded with those projects, that success wouldn’t necessarily translate to me.  The same is true of agents who represent “multicultural” literary fiction.  I have pined for the prestige of having the same literary agent as So And So!  But that wouldn’t actually translate into success for me if the agent only knew how to navigate the literary fiction terrain of the publishing world.  Let’s face it people, I want my book in Target.

And that’s another part of what was so great about Sara’s talk, as well.  She broke it down about how much people can expect for advances, how that grows over time, how genre groups series together, and what is an optimal number.

She also shared the gas station theory of marketing.  If there’s one gas station on a corner, it gets 100% of the gas buying business.  But if there are two gas stations, then people associate that corner with buying gas.  Each station gets only 50% of the business, but the business may increase enough that the first gas station ends up making more.  She debunked many of the myths coming out of self-publishing and e-publishing with clear numbers she could rattle right off her head, price points, percentages, market shares, how it worked for different authors, and how it has changed over time.  See what I mean?  Smart women.  Above all, she explained that her job wasn’t to sit around all day with a mug of coffee and read manuscripts, but rather to strategize to get her clients paid.

So, kids, go tell your parents that that’s what you can do with a women’s studies degree.

2 comments on “An Afternoon with Agent Sara Megibow”

This entry was posted on December 6, 2013 by Aya de Leon in Uncategorized.