NaNoWriMo Hangover Cures, whether you made 50K or not 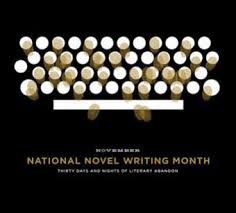 I didn’t do NaNoWriMo this year (November is National Novel Writing Month).  It didn’t make sense, as I have several novels in various stages of post-first draft completion, and my goals are to finish my children’s book Puffy: People Whose Hair Defies Gravity, and to get an agent for what I hope will be my debut novel.  However, being on twitter for the first time this year, I still felt connected and involved in NaNo, and am able to reflect on it for the first time, without being exhausted from having done it.

I’ve been thinking about the NaNo hangover.  As near as I can tell, there are two types and I’ve had both:  The Victory Hangover, and The Defeat Hangover.

The Victory Hangover is when you are happily exhausted from the late nights, the adrenalized writing, the sheer volume of hours you’ve jammed in to make the 50 thousand words.  And you made it!  You crash into bed today feeling like a champion.

The Defeat Hangover may or may not include exhaustion, but may include the feeling of hopelessness (if I can’t manage to do it with all the infrastructure of NaNoWriMo, then I’ll never be able to do it) or a sense of distancing (obviously, I’m not meant to write a novel, never mind).

Whether we emerge into December feeling victorious or defeated, both hangovers call for the same cure:  self-care, values clarification, and building a support system for the long haul if you want to keep moving forward.

The self care looks different for each group.  Victory hangovers require sleep, fluids, and self-congratulations.  Defeat hangovers require physical self-care, but moreso emotional self-care.  For many of us, setting big goals is a serious breakthrough.  We need to congratulate ourselves for the attempt to write a whole novel, even if we didn’t make it.  As my partner says to my daughter all the time.  “Wow!  You really tried hard!  Good for you!”  If you set a goal and don’t meet it, you may need to do values clarification:  is the goal unrealistic, does it have a realistic time frame, or do you just need more support?  Also, is it really your goal?  Did you get all excited about NaNo, or did someone else pull you in—come on, let’s do this together??  If it’s not your goal, then you can let it go.  Also, writing will require sacrifices.  If you weren’t willing to give up other leisure time pursuits (FB, tv shows, video games, pleasure reading) to work on your novel, you may not have the motivation.  It’s great that you have tried it, and it’s fine to decide it’s not for you.  But many of us know that we do have a deep passion to write and just can’t seem to make it happen.  There may be a number of different reasons for this.

For many of us, we just haven’t developed the writing stamina to get through 50K.  And writing does require stamina.  Like if you’re not a runner and signed up for a 50K race tomorrow, you would understand if you didn’t finish.  For some of us, we require training to be able to write in a sustained way, even in the intense NaNo context.  For some, it will be an external issue.  My first year of NaNo, I didn’t finish because I was a working mom with a small baby, and my writing time came out of my sleep hours.  Halfway through, I was so exhausted that I was disassociating while teaching my college classes.  I had to stop.  But I know others who had a hard time finishing because they didn’t have the attention span to write that much in a short time.  I know still others who have such strong critical voices that make it nearly impossible for them to get words on the paper.

For me as a working mom, the key was to do a very detailed outline, which I did the following year.  The important thing was to make all the decisions, and outline thirty scenes.  I answered all the important questions ahead of time.  What is the character’s name?  Where does the scene take place?  Who’s in the scene?  What is the conflict?  How does it advance the plot?  So when November 2012 came along, all I had to do was write, write, write.  I didn’t have to stop to make any decisions.   2011 was a defeat for me, but with a strong outline, 2012 was a victory.  Not everyone is the outline type.  But it worked for me.  Then again, I had stamina and no critic in sight.

For those who haven’t yet developed writing stamina or are battling the critic, you will need to take on those battles in the next 335 days to be ready for NaNo 2014.  For stamina folks, do it like you would if training for a marathon.  Develop a workout writing practice.  A little each day.  Build up til you have the attention to write for a couple of hours at a stretch.  Marathon runners don’t do 26+ miles a day, they just develop the capacity to do it by running consistently and doing some significantly long runs.

For critic-battlers, this is emotional work.  Whose voice is that in your head?  A critical parent?  A hostile teacher?  A mean peer group?  Were you the scholarship kid at your school and made to feel less-than?  Were you a girl who was told her voice didn’t matter?  Are you an immigrant who has always felt muted in your new country?  Find the origin of the critical voice.  It’s not your voice, but it’s the leftover recording of something that happened to you, and you need to find the name of that MP3 file so you can delete it (or at least turn the volume down enough that it’s more like the buzz of a fly, annoying but not in danger of derailing you).

Stamina-challenged people need to be on the lookout for the critic, as well.  Part of the stamina problem may be that when you sit for too long the critic shows up.  Your pattern of distraction may be a slick attempt to avoid having to notice the voice of the critic.  If, in your attempts to build up stamina you hear a critical voice, or better yet, have an overwhelming urge to stop, consider what early experiences of criticism you may have had, or what messages you got about the importance of what you had to say.

Here’s the key to battling the critic:  you can’t do it alone.  You need other people to help you gang up on him/her.  Writer’s support groups, writing coaches, therapy, or writing buddies/partnerships can all help you keep perspective and stay encouraged.  For both critic-battling and stamina, these relationships are key in creating and maintaining accountability in the goals we set.  If left to our own devices, we can all conjure a big “never mind, it’s too hard.”  Writing relationships with others remind us that we really do want something here.  Our goals do matter to us.  I developed writing stamina by having a group of people I emailed every day to tell them whether I wrote or not.  They didn’t even have to email me back.  Just knowing that someone else would know if I wrote was enough to get me writing eventually.  If we’re having a hard time, we can strengthen our support system, revise our goals to be more realistic, and try again.

And this is true for those who emerged from NaNo victorious.  Tomorrow, many of you will go back to work at your job which is not titled “Novelist.”  You’ll face those other projects you temporarily put off to make NaNo your big front burner priority this month.  The NaNo pace is not sustainable, except for those of us who write full-time.  You’ll have a crappy first draft that will need hours and hours and hours of work to make it publishable (if that’s even your goal).  So the victors need a support system as well.  What is your next step?  If you want to move forward with this novel, I suggest that you put it away for 3-6 months, and come back to revise it when you have a fresh perspective.  Then have a friend or writing buddy you trust to read it and give you feedback that includes a balance of what’s working and what needs to be strengthened.  But in the meantime, don’t stop writing.  Use the momentum you’ve developed to work on another project (you know you have one) even though you can’t steam forward with the same intensity of NaNo.  Don’t let yourself lose the stamina you’ve built up.

I really missed NaNoWriMo this year.  I think it’s because, prior to having a kid, I would often work at that intense pace.  I miss the immersion in the world of my current novel-in-progress.  But I would often feel isolated in the process. NaNo was a time where people all over were engaged in that same intense creative generation process.  I loved the sense of camaraderie.  As a mom, one month of that intensity was all I could manage during the schoolyear.

Although I haven’t managed to sell a novel yet, I’ve had a successful career as a poet, writer/performer, writing teacher, and hip hop performer.  I’ve only ever managed to get anywhere as a writer by being a member of multiple artist support groups/writing communities/writing partnerships at any given time.  We can’t rely on the Office Of Letters And Light to build our support system the whole year round.  So take a moment to grieve or celebrate your 2013 NaNo, and then get to building the infrastructure you’ll need to move forward.  And don’t stop writing.  The best hangover cure is always a little hair of the dog.

This entry was posted on December 1, 2013 by Aya de Leon in Uncategorized.