Rape on Campus and Why Universities Fail to Invest in Consent

I teach creative writing to college students.  Which is an amazing opportunity to find out what young people are thinking.  I’m 25 years out of college, and while many things have changed, some have stayed the same.  Like rape on college campuses.  I was stunned to hear one of my students, in a piece about sexual assault, ask if perhaps the very point of higher education for women was to use fear of rape to show us our place in society.

The thought was sinister and conspiratorial, but I couldn’t quite disagree.  Since then, I began to ask myself what it is about college that makes it such a common backdrop for sexual assault.  Having gotten my own BA in history, I couldn’t help but take a historical approach.

For centuries in Western culture, and in the US, women were property of men.  You can’t rape property, it’s just a crime against the owner because the “ruined” woman is less valuable than the chase one.  In patriarchy, there was no prohibition against raping any woman who was near at hand.  There was no notion that a woman’s body belonged to herself, that she had a right to consent.  Instead, it was the job of her owner—father, husband, brother, son—to protect her from sexual assault.  If she was raped, it was the fault of the man who failed to protect.  The wife’s consent was not needed for sex with her husband, her being his property, and sex and reproduction being her duty. Women couldn’t own property because they were property.  They couldn’t even own themselves.  Many legal portions of this arrangement continued into the 20th century.  At this point, most of the laws that enforce this in the US and the West have been suspended, but all of the cultural baggage remains.  When women are raped, their male protectors are no longer to blame.  Now, it’s the woman, who has not sufficiently policed and sequestered herself.  She was out at the club, walking the street, wearing the provocative clothing, spending unchaperoned time with a man, etc.  All of our slut-bashing, double standard culture is directly inherited from the olden days.  Good women stayed in the house and were dutiful.  Women out on the streets were loose and fair game.  Young women today decry the sexual double standard with an expectation of fairness.  But historically, this is as fair as it has ever been.  Nothing is more of a double standard than property and owner.

When it comes to colleges, the earliest women’s colleges knew how to keep us safe from rape.  They simply locked us up.  Gated colleges, bolted dorms, house mothers.   No men, no rape.

Meanwhile, across town, the more prestigious colleges were for men only.  They had been charged with building and protecting the brightest [male] minds in the nation, and preparing them to be the powerful leaders of tomorrow.  While women’s colleges were preparing female students to be their demure wives.

Women fought for equal access to education.  But even as colleges became co-ed in the early 60s, strict curfews and single sex dorms with policing authorities was the norm.  When colleges went co-educational (male and female students), the newcomer women were called “coeds,” clearly labeling women as outsiders.  The term was also quickly sexualized, associated with images of young, attractive women. 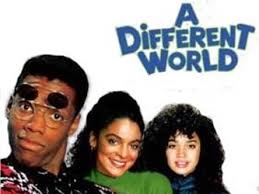 When I went to college in 1984, the floors of the dorms were single sex, although there was no longer any prohibition of having men in our rooms.

Women in college fought for our rights to have sex, not to have our chastity protected by the institution, as if we didn’t have our own interest and curiosity and libidos to satisfy.  But unfortunately, the male dominated system doesn’t know how to protect women’s consenting sexuality as separate from sexual assault.  Either we’re locked up or we’re left open and exposed to assault.  The institutions have yet to find a way to change the way student life is organized or stop rape culture on campuses to protect women’s right to sexual experiences while simultaneously protecting our right to safety.

Because, nowadays, as we have fought our way into the prestigious, formerly male only colleges, they are still committed to the mission of building and protecting the brightest [male] minds in the nation, and preparing them to be the leaders of tomorrow.  The football players, the politicians, the doctors, the lawyers, the corporate chief executive officers.  And that is where their loyalty lies.  Prior to the gender integration of campuses, it was someone else’s job to protect women from being raped by college men.  The dorm mistresses on the women’s college campuses, or the fathers/husbands/brothers of the girls in town.  When the local waitress at the bar accused the college senior of raping her, the college rallied behind him.  Who was this townie girl to accuse Mr. High and soon-to-be-Mighty of rape.  And wasn’t she wearing that short skirt and working in a bar?

But now, the modern university has a duty to protect women students from assault, while having current rules that allow their sexual freedom.  Still, we see again and again how the institutions default to their original purpose, protecting the sexually entitled bright futures of their male students.  The universities don’t actually know how to multi-task, to balance freedom with safety, and above all, to support all of their students by changing the culture.  Universities have failed in their incredible opportunity to interrupt the old narrative that women who are not locked up at home are sexually available, and push for women as intellectual equals on campuses who have the right to consent.  Unfortunately, in many ways, my student is right.  But slowly, young women themselves are fighting back and building alliances that challenge rape culture, and support women’s right to freedom and safety as we pursue bright futures of our own.

This entry was posted on October 11, 2013 by Aya de Leon in Uncategorized.