Women’s Shoes, Socio-Economic Class and why Allison Pearson is my hero of so-called Chick Lit

I Don’t Know How She Does It offers the greatest commiseration, validation, and amusement that a professional working mom could want.  The book came out in 2002, but I didn’t become a mom til 2009, so it wasn’t on my radar.  The movie version came out in 2011, and I watched it on iTunes one day while cooking and cleaning as my daughter slept.  The film was brilliant.  It spoke to the insanity that working mothers face in this day and age.  Our generation has been trained to go after the big careers that traditionally have only been for men, but we are still expected to fulfill the traditional roles as wives and mothers.  This gives us 48 hours of responsibilities in every 24 hour day.  The film not only illustrates the insanity of the predicament, but wryly comments directly on the sexism at play.  I fell completely in love with the story, as a contemporary mom of a preschooler, who is on the faculty of a university, and writing a novel.

I was also thrilled to see a story with such explicit critiques of sexism in mainstream film.  For the last five years, this has been my mission, to infiltrate the mainstream with anti-sexist messages.  As a novelist, I am working on a heist book with a feminist twist, and I have been trying to develop it as commercial women’s fiction.

Many female authors who write about women’s lives have been categorized as “chick lit” (at times over their outraged objections). Author  Jennifer Weiner has been sharp and vocal about the label and how it’s been used to dismiss female writers.  I agree with her, and yet I have had trouble connecting to many of the books that have been given the chick lit label.  Last month, however, I discovered the book version of I Don’t Know How She Does It on a list labeled chick lit, and I devoured it on audio.  As a co-sleeping mom, I would need to stifle my giggles as I lay awake listening to it in bed with my spouse and kid asleep on either side of me. 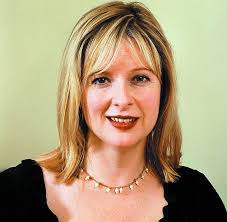 Books are always richer than movies, and Pearson wrote a jackpot of a multi-layered novel.  In the book version, I was particularly struck by the importance of socio-economic class in shaping protagonist Kate’s drive and perfectionism.  All her overachievement made sense to me in the film, because the class dynamic was implicit.  I didn’t notice it consciously, I just identified with it.  But in the book I had that aha! moment about class in chick lit.  Consciousness around class may be the key ingredient that makes or breaks my enjoyment of these stories.

My own novel is unlikely to be classified in chick lit because it’s a heist novel, and a bit too gritty and urban.  However, I have been interested in developing this feminist caper about redistribution of wealth into a commercial novel that would appeal to chick lit readers.  My dream agent said she liked the project and would like to see it again after I worked with a freelance editor.  The agent recommended a freelancer who has been a senior editor at Simon and Schuster, and at the African American imprint of Harlequin.  So she knows her way around commercial books for women.  I also had an excerpt ready by Alisa Valdes-Rodriguez, who has been dubbed “The Godmother of Chica Lit.”  Over the past two years of revision, I have struggled to engage the more mainstream women’s fiction sensibilities. “Most people are rule followers,” Alisa explained.  “It’s a stretch to get them to identify with a rule-breaker.”  My editor also gave suggestions that would emphasize the romantic storyline.  “The love interest needs to take up more space,” my editor explained.  I would rather that the guy is just sort of hanging around in the background of her busy life until she can be bothered to get around to him.  Apparently, my romantic fantasies are not mainstream.  Both my editor and Alisa have pushed me to make the protagonist more relatable.  (A former prostitute who runs a health clinic for women and returns to a life of crime with a call girl heist team when the economy tanks in order to save the clinic.  What’s not to relate to?)  So I’ve slowly transformed my heroine into more of an everyday woman who has an extraordinary work life.  It took me a while to nail the vulnerability in the romance and relationships, but I think I did it.  And the final triumph was the shoes.

Shoes and shopping figure prominently in the chick lit genre.  I, however, am a sneaker and comfy sandal-wearing type.  My most glam shoes are 2 1/2″ wedges. I paid $39 for at DSW in 2005.  The glossy stiletto pumps on chick lit book covers look like a chiropractor bill to me.  My protagonist, however, is a glamorous New Yorker.  She would wear those shoes.  Not only would she wear them, she would find an illegal way to get her hands on them.

Several months ago, I figured out how to put my own spin on shoes in the opening scene of my book.  Marisol, the protagonist is in the back of a health outreach van with a group of young women in an unexpected snowstorm:

“You’re not dressed for this weather,” the tall girl said.  “Won’t the snow mess up your beautiful shoes?”

“Not these,” Marisol said, looking down at her favorite pumps, classic black platform stilettos, with some kind of springy material beneath the ball of her foot that made the five inch heel tolerable.  “These are my invincibility shoes.  They’re made out of some type of indestructible patent leather.  Wind, rain, sleet and snow can’t seem to fuck them up.”

“I need a pair like that,” the redhead said.  “What are they, Jimmy Choos?”

“No way.  Those are Christian Louboutins,” the tall girl argued.

“Both you hoes are wrong,” said the girl with the nails.  “Those are Vera Wangs, right Marisol?”

“How can you not know?” the girl with the nails asked.  “Take off the damn shoe and look at the label.”

“That’s the thing,” Marisol said.  “I got them a couple years back from this lady who sells shoes outta her trunk.  They’re some kind of designer, but she cuts out the labels and sells them for $29.99.”

“I get them reheeled and resoled twice a year and keep it moving,” Marisol said.

“I love finding deals like that,” the tall girl said.

Marisol smiled.  “My mami always said that finding a really incredible bargain is God telling you he wants you to have nice things.”

Her mother had described it like a signpost on the way to the good life, particularly shoes.  And occasionally Marisol saw her mother “create” the bargain by switching the price tags.  Or in a big store she would take advantage of a missing inventory tag.

This was also God, her mother explained, because God had created the opportunity.

The invincibility shoes show up throughout the book.

Allison Pearson, Sarah Jessica Parker, and others discuss the film in their fabulous shoes

I was stunned in the book version of I Don’t Know How She Does It to see shoes show up in a similar way.  The right shoes can serve as a piece of armor that women wear in a man’s world.  Also, they can be a symbol of luxury for an upwardly mobile woman.  For every woman, the bargain is a subversive class moment, where we gain access to a slice of the good life that would otherwise be beyond our reach.  This is the fantasy of fashion:  in a rushed, working woman’s life, they create a sense of luxury.  Even if the effect is limited, and they are physically uncomfortable, we carry a sense of fabulousness.

I think what turns me off about some of the chick lit from the US is when the author and/or protagonist worship the bargain or the luxury item itself, and not the larger desire that it represents.  For many US women authors, the class issues are blunted, unconscious, unarticulated, unrealistic, and/or inconsistent.  I liked Candace Bushnell’s blockbuster franchise Sex and the City.  But I really loved the soon-cancelled series Lipstick Jungle, where the women’s career challenges got as much screen time as their love life questions. That’s also what I love so much about I Don’t Know How She Does It.  The story isn’t about being rescued from the challenges of making a living as a woman in a class society, it’s about characters negotiating those class/economic realities.  In Pearson’s work class realities remain grounded in the awareness of both the character and the author.  Just like a character heisting rich ruthless men to pay for her women’s health clinic.  Perfectly realistic, right?

Okay, so my own novel is a little bit unrealistic.  But that’s actually my perspective on the class/economic realities:  our society is not actually in the business of providing a safety net, for anyone.  Particularly not women, not poor women, not sex workers, and not women of color.  Right now, the US government is freaking shut down by right-wingers whose bottom line is about blocking women’s access to birth control.  Like Elizabeth Warren said, this is 2013, not 1913, but this is still controversial.  There’s no mechanism inside the current US society to guarantee the fulfillment of women’s healthcare needs.  Obamacare is just a start, and it’s under vicious attack.  So I wrote a novel about a woman who is backed against the wall into becoming a contemporary Latina Robin Hood to provide healthcare for her community.

And she’s a raised poor/working class heroine who does it all in a fierce pair of mystery designer shoes.

The latest draft of my novel is sitting on my editor’s desk.  Fingers crossed that she thinks it’s ready to go…

Right now, my novel is sitting somewhere on my editor’s desk.

5 comments on “Women’s Shoes, Socio-Economic Class and why Allison Pearson is my hero of so-called Chick Lit”

This entry was posted on October 4, 2013 by Aya de Leon in Uncategorized.