I am Slane Girl

When I was in my teens and early 20s, I made more than one unwise sexual decision. Maybe because I wanted a guy to like me. Maybe I was afraid of his anger or potential violence. Maybe he was a boyfriend I didn’t want to emotionally withdraw. But in the era before the Internet, there was only the small, localized consequence of having betrayed myself. Nowadays, sexism teaches young women that their value is sexual and that their job is to please men. And then the society equips everyone to catch that moment on camera. And then the young woman is trashed by the very sexist system that conditioned her to do the behavior in the first place.

The camera phones and upload capabilities are different now, but the push-you-to-do-it, punish-you-for-doing-it is the same as 20 years ago when I was a young woman. Here is where the Internet wants a confession. An X-rated tale of something I wouldn’t want photographed. Sorry. The Internet will have to be disappointed. Instead, I offer something sexism is not interested in, my emotional reality.

I grew up without my dad, and always felt as if I was insignificant to him. I had several early experiences of sexual trauma. None horrific and lurid, but all confusing. I grew up with the influence of US media.  Then I grew breasts and hips. Suddenly I was significant to men. It felt powerful to have something they seemed to want that much. But I could never figure out quite how to dole it out in the quantities that kept me in charge. I was just a little too desperate for love and approval that my sexy girl bravado could be undone in an evening, a moment.  Sometimes, on a bad night, I was that girl.  And I think of my former self when I see “Slane Girl” the young woman photographed performing oral sex on a young man at a public concert, her exposed face, name, and sexual decisions posted on the internet for all to see.

As a black woman, I recall when the Trayvon Martin trial was in the news. People said “I am Trayvon Martin.”  Nobody actually wanted to be Trayvon Martin, to lose their life, but we felt we could easily have been that innocent young man who didn’t deserve to be murdered. But people aren’t flocking in the same way to be Slane girl, and it’s difficult to paint her as innocent.  But I am Trayvon Martin and I am also Slane Girl.

In comparing these two cases, I am in no way saying they are equivalent.  They are not.  As a mother, I would rather have my child sexually humiliated on the internet than murdered any day of the week.  As a mother, my instinct is to tell the world, whatever brutality you dole out, bring my child back to me, and I will do everything in my power to repair the damage.  If I were Trayvon Martin’s mother, I would give anything to be in a physical therapy rehab center with my son right now, teaching him to walk for the second time, or if he were even more disabled to be feeding him again like when he was a baby. 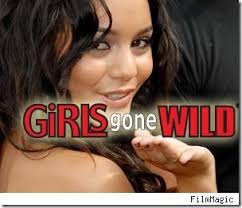 And there is a particular shame that goes along with girls gone wrong, or girls been done wrong.  Girls, when they discover their sexual “power” seem to be flying toward the sun with wings made of spandex and lipstick.  And the stakes keep getting higher.  A decade ago, flashing your breasts or leaking a sex tape was enough to make a stir.  Now, it only garners a few seconds of fame.  Nowadays you have to perform oral sex on a stranger in public in broad daylight to make a splash.

One similarity is that both young people are being blamed.  Internet comments blame the girl for her sexual choice.  Right wing radio hosts say Trayvon shouldn’t have worn the hoodie.  I have pictures of Travon’s family up on my blog—supporting them in their struggle for justice.  In contrast, I am unlikely to ever be able to find a picture of Slane Girl’s family to do the same.  They are unlikely to appear on a magazine cover—they probably fear the world’s judgment of them as parents. Well I’m here to tell you this:  You raised a girl who was vulnerable to making unwise sexual decisions, and so did my parents.

To the Slane girl:  you are not alone.  So many women are just like you.  Wanting the sexual excitement, not wanting the harassment, assault and humiliation.  Feeding off the light in a guy’s eyes in the moment of yes! and feeling sick to our stomach when the light goes out, the camera flashes, the contempt begins. We wanted to be picked up.  We didn’t want to be thrown away.

We have nothing to be ashamed of.  Our system provides a cozy home for rape culture and can boast epidemic rates of sexual abuse.  Our system raises boys to grow into men who throw women away, including their partners and daughters, and families.  Our system promotes misogynist pornography as the #1 form of sex education, and conditions men to bully and humiliate women.  Our system coerces girls and women to participate in sexism then blames us for all of it.  We are the repository for all the shame of the society, but I refuse to be the identified problem.  I was a girl who fell into a trap, and I climbed out and grew into a woman who has a full range of choices, sexual and otherwise.

A different race, a different generation, and half the world away, I am Slane girl

*These traps the society sets for young people assume that the young people are heterosexual.  There is another set of traps for queer youth, but most straight parents are not aware of these traps beyond the basics, and many are not even aware that their kids are queer.  Many queer young people report their parents worrying about the wrong things…worrying their daughters will get pregnant, or that their sons will get into gangs, not that they will get targeted with homophobic violence or that they will be brutalized by internalized oppression.  And some queer youth will fall into traditionally heterosexual traps, as they attempt to follow the crowd and protect themselves from being targeted with homophobia.  As more queer youth come out early to parents who are willing to learn, and we have more out, queer families, parents can reorient themselves to more strategically support and protect queer young people.

9 comments on “I am Slane Girl”

This entry was posted on September 6, 2013 by Aya de Leon in Uncategorized.