In the early 80s, I studied theater and performance with Whoopi Goldberg when I was in high school.  At the time, she was an underground theater artist who taught classes in addition to local shows she did in small studios, with flyers photocopied on 8 ½ x 11 white paper. 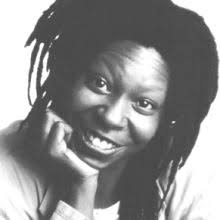 I learned many things from her, namely that in the hands of a skillful comedian, anything can be funny.  Anything, even taboo issues like abortion, disability, and addiction, which she addressed in her early work.

Unfortunately, these days many comedians are ready to take on taboo subjects, but lack comedy skill.  The way they do comedy is like schoolyard bullies who find each person’s vulnerability and make fun of it.  Their audience consists of other bullies who co-sign their abuse, and bystander kids who laugh along to keep from getting targeted.  That pretty much describes the situation with many of the male comedians who tell rape jokes.  Rape is a deep vulnerability in all women’s lives, and certain male comics are determined to make fun of it, in the most mean spirited manner possible.  It’s a sort of gender bullying of women, and I’m not having it.

The following “spoken word rant” intertwines my reactions to rape jokes with my reaction to another recent episode of gender bullying, the Slane girl incident.  Which I describe for those of you who are not familiar.  If you are not familiar with the fact that many male comedians are making rape jokes these days, and defending their right to do so, now you know.  I am particularly incensed by the fact that some male comedians are calling women’s outraged response to rape joke material censorship.  No.  Censorship is when powerful institutions of the society suppress speech.  As Lindy West put it so brilliantly in her article in Jezebel, she explains the difference between censorship and feedback,  “If you make things that people do not like, people might stop buying your product. That’s the deal…So CONSIDER THIS YOUR FUCKING FEEDBACK. Ninety percent of your rape material is not working, and you can tell it’s not working because your audience is telling you that they hate those jokes. This is the feedback you asked for….This fetishization of not censoring yourself, of being an “equal-opportunity offender,” is bizarre and bad for comedy…In a way, comedy is censoring yourself—comedy is picking the right words to say to make people laugh. A comic who doesn’t censor himself is just a dude yelling.”

So here’s what I had to say about it.  The YouTube video is below, as well as the rough script text of the piece.

For those of you who don’t follow microtrends on the internet, a young woman was photographed at a concert in Ireland kissing more than one guy and performing oral sex on one of them in public.  Someone took photos of her doing so, and posted them on the internet.  They went viral.  Many photos had a bar over the guy’s face and not hers.  She was clearly identifiable.  In an avalanche of comments, she was slut-bashed, and cyber-bullied.  Later it became clear that she was only 17, she asserted that she had been sexually assaulted by a different man at the concert, and her drink may have been spiked.  Needless to say, she was devastated.

So…A young man walks into a bar
And it’s a bar over his face, his smug, triumphant face, double thumbs up to his buddies
while a woman kneels at his groin drunken, exposed, her brown curls blowing in the wind

This young girl becomes a joke, a public laughing stock
so…A young woman walks into a bar and it’s a crowbar a kitchen knife a sharpened screwdriver a household tool becomes a tool of violence in the hands of a tool whose lowered the bar on his humanity
Meanwhile, in a comedy bar across town, a male comedian is telling a rape joke

I’m sick of rape jokes.  I’m sick of public debate around rape jokes where male comedians wanna whine about being the victims of some kind of injustice.  The important issue is not whether male comedians have the right to make jokes about rape, the important issue is whether women have the right to live their lives without being raped.  The fact that they would then have to endure male comedians making jokes—mean spirited jokes that have whole audiences laughing at rape victims–is only insult to injury. Like being sexually assaulted at a concert with photos posted for the whole world to see.

It’s like a rapist going in to the police department and pressing charges claiming that his ears were assaulted by a woman’s screams while he was raping her.

Okay, defensive male comedians, you want freedom of speech? You’re free to make vicious, insensitive rape jokes, and I’m free write this spoken word rant about you.  I’m free to join the millions, maybe billions of women and men who find that shit completely un funny, to stand up in the club and heckle you, to call you a misogynist asshole with limited imagination and even less talent. and you’re free to counter with some predictable barbs about me, probably including my appearance, my sex life, my rapeability. Knock yourself out. No really. Take a heavy blunt object and please hit yourself repeatedly in the head.  Cuz that shit would be 100 times funnier than your tired material.  Are you mistaking womens’ shocked and nervous laughter for enjoyment?  If a woman cringes and shudders while having sex with you, do you mistake that for an orgasm?

Why did the chicken cross the road? To get away from the rapist, to get away from being scared every fucking day of rape, to go help her friend who had just been raped, To get away from the memory nightmare flashbacks of being raped. But she couldn’t get away because rape was everywhere.  TV shows all about rape, serial killers, child molesters, rock and rap songs glorifying rape, New Yorker articles praising young rappers painting their earlier snuff songs about rape as youthful indiscretions—the chicken did cross the road, she tried to get away but there was nowhere to go, rape was everywhere, on a date in the movie theater, in her house, in her family. She was running. Running down a dark street, with heavy footsteps behind her, they were getting closer, closer, when suddenly she tripped and fell and–

What do you get when you cross a rape joke with a feminist?  Dead silence. So let’s have a moment of silence for the body count, all the real, once live now dead women who were raped and killed. And for all the assholes in the audience, try not to fucking laugh about it.

That’s right. I’m talking bout yo mama. One out of three of yo mamas.  You! white boy in the audience laughing. Some asshole raped yo mama. Pulled out his nasty dick and stuck it in yo mama, fucked her without her consent and you’re up here laughing about it. So I guess the jokes on you.

This entry was posted on August 31, 2013 by Aya de Leon in Uncategorized.