In high school in the early 80s, one of my best friends, Meira Kunis, started a joke, really an ongoing sketch comedy.  Her character was a man’s man named Clint.  I became Clint’s sidekick, Truck.  And we would brag endlessly to each other about how much we always “got the ladies.”  Clint’s refrain was “seven or eight each night.”  We would laugh endlessly about them.  I hadn’t thought of Clint or Truck in years until some young women artists I know started talking about how they have had many running jokes about sexism since they were in high school.  For the first time, Clint and Truck became clear to me:  Meira and I were giving ourselves a release valve to joke about sexism.  Nearly twenty years later, another pair of young women developed an identical coping mechanism.  Not because we taught them, but because sexism is so pervasive that young women’s minds use everything they can to defend against it, including humor.

I thought about this as I read Gabrielle Moss’ brilliant post on the Bitch magazine blog about the charge that women aren’t funny.  Of course this is outrageously sexist, and I love the way she systematically calls out men who have publicly made this charge over the last 300+ years.  Yet it got me to thinking about how sexism also shapes the development of men’s and women’s humor from childhood.

Like Clint and Truck, many men use humor to “get the ladies.”  Gabrielle Moss quoted comedian Christopher Hitchens, saying that guys are funny to get women to sleep with them.  But by the time they’re working in comedy clubs, male comics are working for more than casual sex.  However, in the development of their humor as boys and young men, they are rewarded by both men and women for being funny.  For girls and women, on the other hand, social success is mostly about appearance, appearance, appearance.  Plus being nice.  Girls don’t score the most points with boys for being funny, they score the most points with each other.  So most girls develop their humor in female spaces.

Most funny people we know don’t become comedians.  Only those emotionally predisposed to high stakes gambling addiction with a bit of masochism become comedians (I know because I flirt with the idea of doing standup).  But the rewards are so limited for most women.  We have to be willing to work for drinks at first, eventually for a pittance, and are likely to hit a glass ceiling early on.  We have to be willing to be heckled and sexually harassed, but worst of all, sit through the sexism of the male comics.  For most women, there’s not even the added perk of attracting a partner, since they would do better in a short skirt giggling in the audience than on stage killing it.  Which is why so many of the great women standup comics are queer.  Ladies who “get the ladies” have much more incentive to develop as badasses in standup.  Marga Gomez, Ellen DeGeneres, Wanda Sykes, Rosie O’Donnell, Micia Mosely, Karen Williams, and the list goes on.

Sometimes men just don’t get it.  In Tina Fey’s autobiography, Bossypants, she talks about a moment of sexism on Saturday Night Live.  In response to a series of products labeled “classic” (Coke Classic, etc), Paula Pell developed a sketch “Kotex Classic.”  The guys freaked out because they just didn’t understand it.  Fey finally pushed for it to happen and it was hilarious.  But women are always likely to find that sketch funnier than men.  Someone who has worn a huge pad with a belt, or has a period and can imagine a huge pad with a belt will understand why some parts of our past have no nostalgia.

Comedy is something I started doing in the dark.  In college, we were watching some 2nd run movie, when the projector broke.  Several guys started yelling out jokes.  I joined in—the only female voice.  And people laughed.  Something about the darkened theater, the captive audience, no time to overthink it.  Years later, I would write fiction, spoken word, and theater that was critically acclaimed as funny.  But standup comedy, while it attracted me, always seemed too scary. 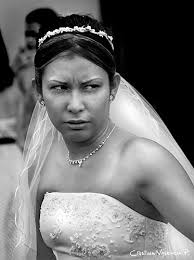 When I got married in 2005, I started writing a series of standup monologues about heterosexual relationships. But like Clint & Truck, these jokes start to riff in my mind as a way of making fun of the sexism coming at me in the institution (“Marriage! A sexism home delivery system!  Are you tired of running all over town to get your daily dose of sexism?”)  None of these many pieces has ever hit a stage.  If I ever finish the one, I think I could only play feminist conferences. My opening bit, however, might be able to go mainstream:

So I was at this black healing conference with my family, and it was the final night. Everyone was dancing, and my sister came up to me.

“Girl, you need to open your eyes,” she said.  “Anne over there has been trying to take your man all weekend!”

I was like, “what?!” I went and confronted Anne.

I picture myself leaning on the mic stand with a shrug.  “Dang, it’s Sunday night already, Anne.  I came to this workshop to let some stuff go.”

This entry was posted on May 24, 2013 by Aya de Leon in Uncategorized.