The Politics of TV: Falling Out of Love with Whitney and Revenge

I feel like I’m in a dead-end relationship with two different television shows. One is Whitney, NBC’s relationship sit-com with comedian Whitney Cummings. The other is ABC’s Revenge, the intrigue-filled quest of a young adult woman to seek revenge on the rich, powerful people who destroyed her life as a child.  While they both delighted me in season 1, they’ve both lost the humorous and/or political edge that made them so worth watching.  The writing of both shows seems to be undermining their female protagonists in season 2. 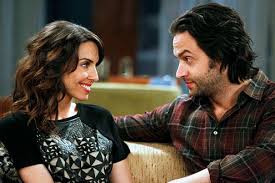 The pilot for Whitney literally had me laughing out loud. But now it seems to have settled into a Seinfeld-type groove of quirky daily humor of this zany bunch of friends. I think
Cummings’ standup is hilarious. What I liked about the first season was the sense that her character was trying to figure something out about her life, and that fueled the humor. Now that she and Alex are “married” in Season 2, they have nothing to figure out about their relationship. And what’s more, he seems to be supporting her to sit around and do nothing, when her character is supposed to be a photographer. There were a few half hearted attempts to talk about her creative work, but they went nowhere. Where’s the storyline about Whitney’s serious attempts to get her career going in the Chicago art scene?I really like Cummings’ comedy, and I want her to succeed. Clearly, the character she’s playing is much like herself, and part of what makes the real Whitney so interesting is how ambitious and driven she is. She has her own sitcom, is a co-creator of 2 Broke Girls on another network, and had a talk show that was canceled. Has she just been spread too thin? The material on her sitcom has been disappointing this season, because the Whitney character in the show lacks the drive for success of the real Whitney. I feel like I want to break up with this show, but when Hulu tells me there’s a new episode, I keep tuning in, hoping that something interesting will happen.  I still laugh remembering the hammer and nurse vs. nurse bits from the pilot episode.  I’m just holding on, remembering the good times we used to have.

While Whitney’s season two troubles have to do with nothing much happening and the story going nowhere, ABC’s Revenge has a ton of frantic movement, but it also seems to be going nowhere. This show was a highlight for me when it first began. The intricately plotted first season had a slow-burning thriller edge and a great narrative arc.I’m really interested in the writing of series narratives and how to maintain tension and curiosity, without sacrificing continuity. I’ve been profoundly impressed with the writing of the The Good Wife, for example. It manages to resolve the situations and answer the questions posed in one season, only to generate new situations and questions that are equally intriguing. Furthermore, the new tension evolves organically from the previous situation. For example, the tension of a close election would organically lead to the equally interesting challenges of having to govern in a hostile climate. 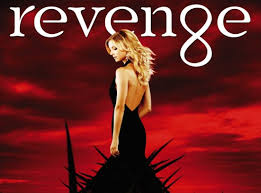 Unfortunately, Revenge was plotted in the first season like a mini-series. They effectively resolved the most burning questions, and it had nowhere to go. They have now substituted some new storylines that are neither satisfying nor believable. (Spoiler alert!)  In the first season, protagonist “Emily” was hell bent on taking down the rich family that destroyed her father.  She was also caught in a love triangle between Jack, the man she’s loved since childhood and the son of the hated family she’s pretending to love as part of her plan.  The tension escalated when Amanda, the young woman with whom she’d switched identities, came on the scene pretending to be her.  Not only did it threaten to muck up the revenge plot, but Amanda stole Jack, the true love object, and tured up pregnant by him.  What a season cliffhanger!  But this is where the writing falls off.  The writers couldn’t resolve this in an organic way that was equally compelling.  In season two, the introduce a new love interest for Emily who comes out of nowhere.  The new love interest is trying to avenge his sister, and protagonist Emily gets on board with his plan.  Meanwhile, Jack and Amanda get married and have a baby.  With a tearful wedding scene and a touching birth scene, we are then supposed to root for the couple and family, and Emily gets set up as a protector of the new family.  Meanwhile, Jack’s bar starts being threatened by some rough guys with an old grudge.  Even the death of now wife and mother Amanda failed to move me because it was so implausible and convoluted.  This is where I get mad, because I see this over and over again.  In shows with a female protagonist, she’s in the center in season 1.  However, in season 2, for some reason, the lives of the secondary male characters suddenly start getting more airtime.  Or men in the show who were less powerful than the female lead suddenly start to be set up as protectors, providers, patriarchs.  Weddings and pregnancies appear out of nowhere.  In other words, the men get more traditionally masculine, and the women get more traditionally feminine.  The men start to dominate more in the storyline.  Why?  Did people complain that the women’s lives were taking up too much space in season 1?I didn’t sign up for any of this.  I liked the show that was about a woman on a revenge mission who figured out how to get people around her to serve her own agenda with her own agenda–justice.  The first season had a wonderful episodic structure. There was a photograph of all the people who had done her family in, and she was ruining their lives, one by one.  It was so satisfying. 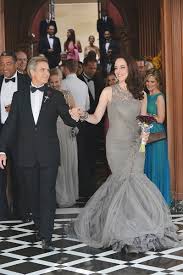 Finally, the biggest disappointment is that the villains from the first season–the wealthy and ruthless couple–are now being painted as the victims of a larger than life conspiracy group. This, I think, is the biggest failure of the show. They’ve strayed from the original thrust of the show. What began as a scrappy girl seeking revenge against the 1%, is now a convoluted soap opera of random and shadowy supervillains with barely plausible twists and turns. I keep meaning to delete the show from my Hulu queue, but I can’t quite do it.Whitney and Revenge have both become the shows I watch when there are no new episodes of show I really like: Scandal, Deception, Smash, Nashville, New Girl, The LA Complex, and of course, The Good Wife.

2 comments on “The Politics of TV: Falling Out of Love with Whitney and Revenge”

This entry was posted on March 29, 2013 by Aya de Leon in Uncategorized.